July 2021 marks the 24th anniversary, of the death of a key witness in the Robert Ouko murder inquiry and former Police Commissioner Philip Kilonzo. 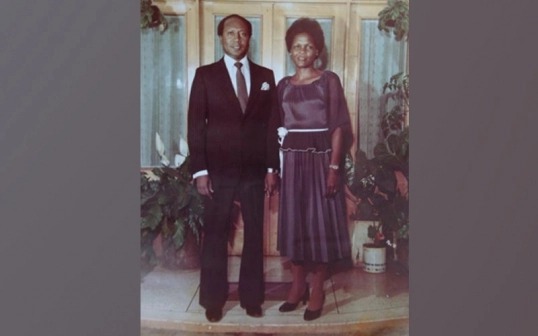 The strange circumstances behind the death of this police commissioner, whose appointment was influenced by a powerful politician from the Ukambani region, the late Mulu Mutisya happened in 1997 and has never been resolved.

Kilonzo had already left the police force and was having a beer in one of his business premises in Yatta when he was told that there was somebody outside, who wanted to sell him a cow for slaughter at his butchery.

When he got back, he took one sip of his beer and complained that it tasted strange. The next thing people knew, is that he had collapsed in pain. He died a few hours later from what was believed to be poisoning.

So yet another potential witness in Ouko's murder investigation had gone to the grave with what he knew about the killing of Ouko.

Kilonzo's son Charles Kilonzo is the current Member of Parliament for the Yatta constituency.

The Gor Sunguh Parliamentary Select Committee, tasked with probing the murder of Ouko was dogged with a lot of pressure including death threats. So powerful were Ouko's killers that they prevailed and today this murder mystery remains a puzzle.

After his acquittal from the murder of Robert Ouko, former Nakuru DC Jonah Anguka fled to the United States, where he was granted asylum. He is the only person to date to have been tried for the murder of Ouko.

While living in the United States, he completed work on a book, Absolute Power, in which he pleaded innocence on killing Ouko, and pointed a finger at Hezekiah Oyugi, Nicholas Biwott, and Daniel Arap Moi.

It is most probable that Anguka witnessed the killing of Ouko and if not he clearly knows what happened to the former Minister for Foreign Affairs.

Although the three men Anguka accused of having a hand in the killing of Ouko are all deceased, it's best for him to tell Kenyans on what happened to Ouko.

Ruto Is Angry at Uhuru, Mutyambai Because Of Tender Wars, Alleges Matiang'i

Fresh Details on Cop Arrested For Teargassing Martha Karua Emerge, Shows He Was Off Duty

Ruto: I Will Probe Uhuru After Elections

New Details Emerge as Matiangi Reveals Why Ruto is Angry At Uhuru, Mutyambai Over Police Equipments