By Trendingnewster (self media writer) | 22 days ago

A drama happened in Huruma Estate in Nairobi county where an old man almost lost his eye after he was caught red-handed secretly looking at a woman who had gone to the bathroom to take a bath. Apart from the injuries, the old man was also left with shame as the lady insulted her with words for secretly following her into the bathroom.

According to the old man, he had heard stories about how beautiful Nairobi girls are and according to his thoughts, the women in the city were more attractive compared to the ones he is used to seeing back in the village. One day, his son decided to invite him to the city, this seemed to be like a golden chance to him because he was heard saying that when he lands in the city, those girls will know him.

He went to the city and received a warm welcome, but instead of keeping indoors because of his old age, the man decided to feed his eyes as he watched every lady that impressed him. Seeing how beautiful the girls were, the man vowed never to return to the village.

The next day, the old man saw a woman, she was heading to the bathroom to take a bath, due to excitement, the man secretly followed the lady not knowing that his plot had already been known. While in the bathroom, the lady stood still waiting to see what the old man had in store. After a few moments of being calm, the lady abruptly opened the door hitting the man directly in his eye, and immediately, blood started oozing from the injured eye.

The man cried helplessly thinking that he was blind. Instead of feeling sorry about the incident, the lady threw every kind of insulting word against the man leaving him with no reply, she even asked him what he was intending to do but he lacked words to express himself. Later in the evening, the old man's sin was told about his strange father and with no hesitation, he decided to plan a trip for him back to the village. 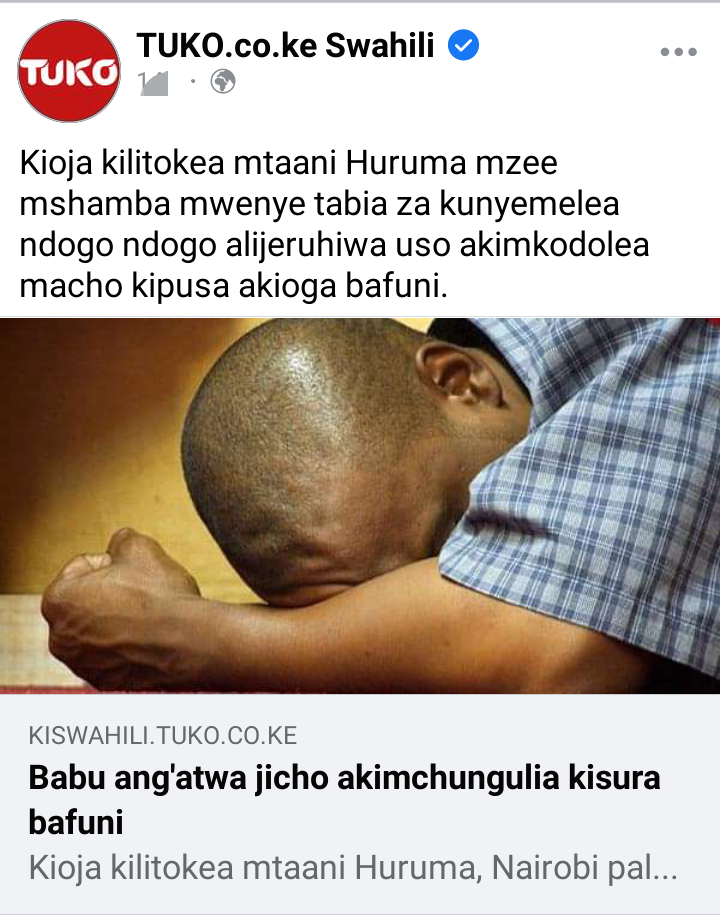 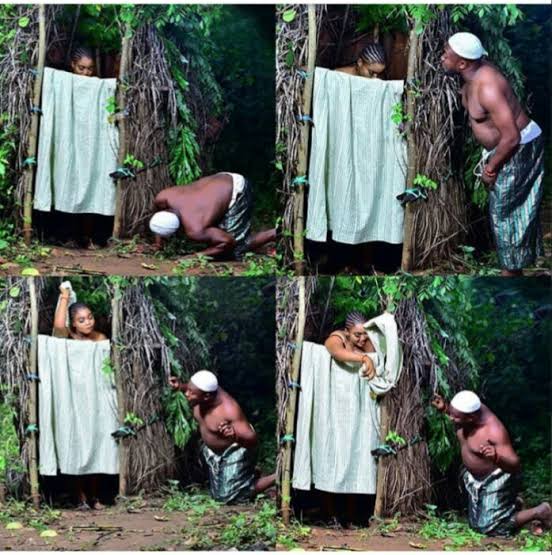