Woman Runs Naked, Faints After Finding A Nurse And A Teacher Doing The Following Acts in The Toilet

By Legendboss (self media writer) | 13 days ago 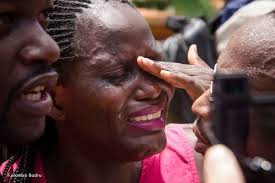 A middle-aged woman has caused drama in Funyale Village in Busia County after finding her husband and his daughter disposing off a baby in the toilet. The terrible incident is said to have caused an irritating shock that made the girl's mother go mad, undressing all her clothes before falling and fainting instantly. The woman was rescued by the villagers, who later admitted her to the hospital.

According to the information given by one of the villagers who spoke to Radio Jambo through the "Giddy and Ghost" program, The woman allegedly reached home yesterday evening at around 8 p.m., whereby he realized some strange voices coming from their home latrine. She then decided to seek clarification on the voices. Reaching the latrines, the woman was shocked after busting her daughter and the father disposing of the readily aborted baby in the toilet. With extreme shock and uncontrolled emotions, the woman burst into a scream, running naked before falling and being woken up later after vigorous first aid.

"The daughter is a KMTC student; people call her a nurse. The girl has been pregnant. She hatched a secret plan with her father, who is a retired teacher, to have an abortion. As they were trying to dispose of the baby, the mother caught them red-handed in the toilet. The mother was shocked, culminating in an instant faint. She got mad and undressed," the villager claimed on a live radio program. 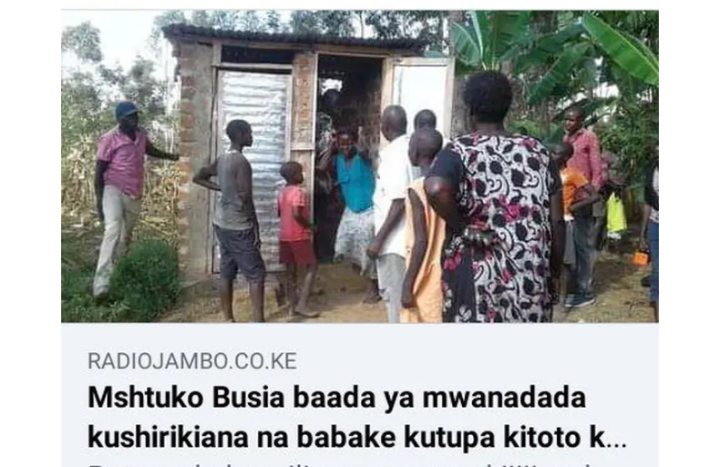