By BlackGist (self media writer) | 4 months ago 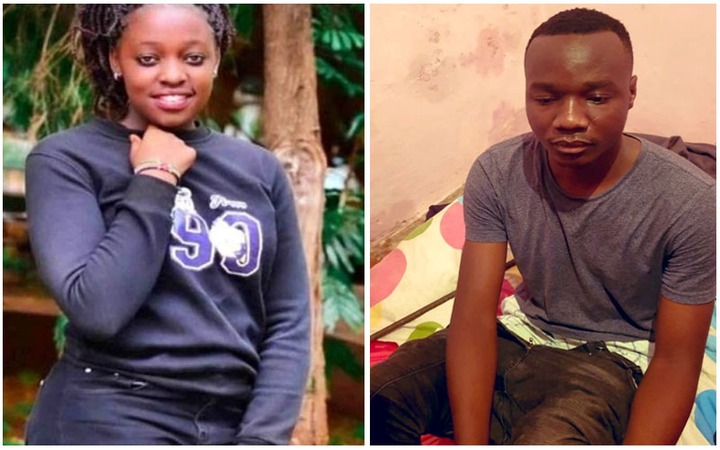 Christine Ambani, a student at Kiriri Women’s University, was killed in a cold murder by his ex-boyfriend in a hotel room in Githurai 45. The suspect killer has since been arrested while investigations are ongoing.

Speaking to the Standard Media with a citation from Kenyans.co.ke, parents of the suspected killer, Innocent Kalio Makokha, have broken their silence and are now blaming the police for the murder of Ms Ambani. 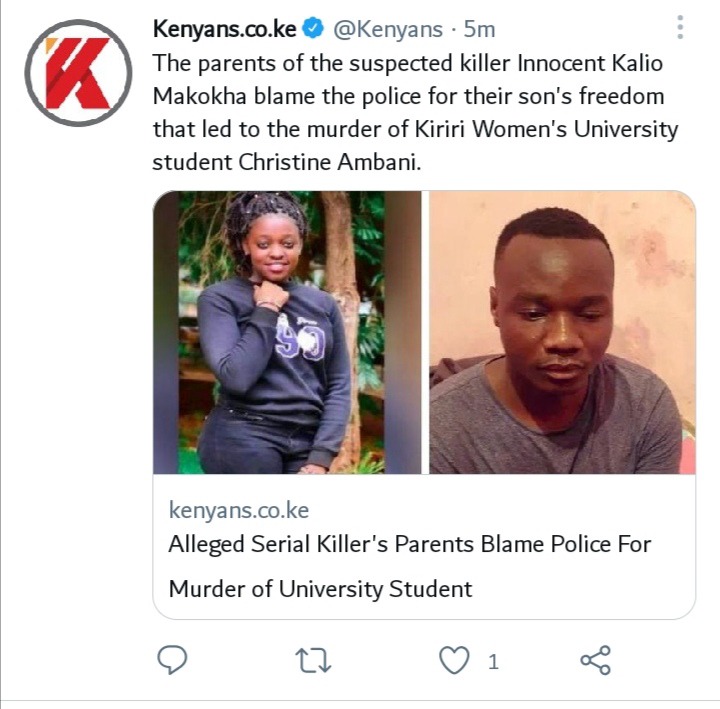 According to them, their son was in custody after he murdered three other victims but was later released before claiming his fourth victim. They added that they learnt of his freedom from TV and were shocked by the development.

His father, Apollo Kalio, told journalists that his son had earlier threatened his mother after she failed to give the money he had demanded from her.

When the mother asked him to be patient, the Mount Kenya University student turned violent and threatened to harm her.