By Mallens (self media writer) | 1 year ago

The late president Daniel Arap Moi's grandson Collins Torotich has been sued over child upkeep. Gladys Jeruto Tagi a female politician who had contested for the MCA Koibatek ward seat in the 2017 General election,noted that torotich had never taken responsibility for thier two children aged eleven and nine year's. According to court papers, Torotich married Gladys Jeruto in 2008 but later separated after four years. 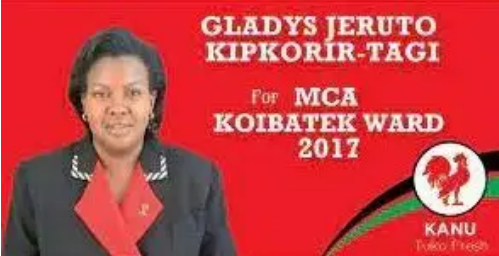 "I am currently unable to provide for the children alone as the needs are so many and would need to be assisted," she stated. She further stated that she had tried to reach out to him but her efforts were deemed futile. Tagi, through her lawyer David Mongeri wants the court to make Torotich to give her Ksh 1 million per month to cater for food, rent, education and entertainment.

In 2016 Torotich was accused with the controversy of stilling his daughter's phone worth Ksh 19,000 at a birthday party in Nakuru. The case was later with drawn after they amongst themselves to withdraw the matter out of court. This means that his not new to controvercy.

Content created and supplied by: Mallens (via Opera News )