By Risper_njagi (self media writer) | 8 months ago

This is near the coast of the Bay of Naples.

Pompeii was a once a thriving Roman city but was buried under meters of ash and pumice after the eruption of Mount Vesuvius in 79 A.D.

The once Pompeii is now a preserved site that visitors can explore freely.

It is one of the world’s most famous and fascinating archaeological sites.

Pompeii was originally settled around the 7th century BC by the Oscan peoples.

The explosion was the major volcanic eruption in the History.

Many of us have heard or even watched the movie ‘Pompeii” right?

That is just an insight of how things actually took place.

Here are some interesting facts about Pompeii.

Pompeii is the largest archaeological site in the world. 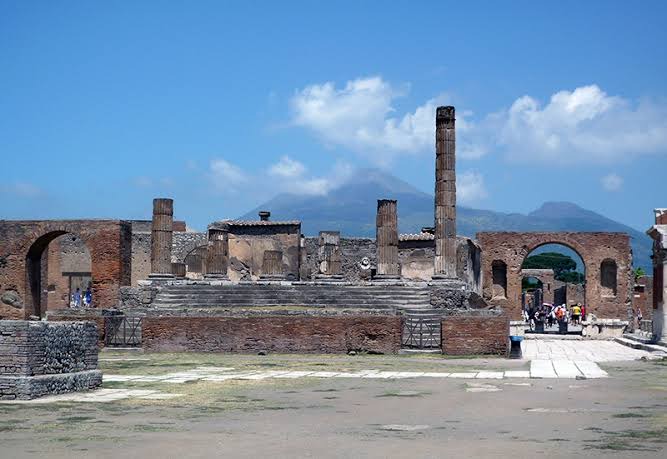 There is just so much to see in Pompeii.

There is a lot of history there.

Pompeii covers 150 acres making it the largest site in the world. 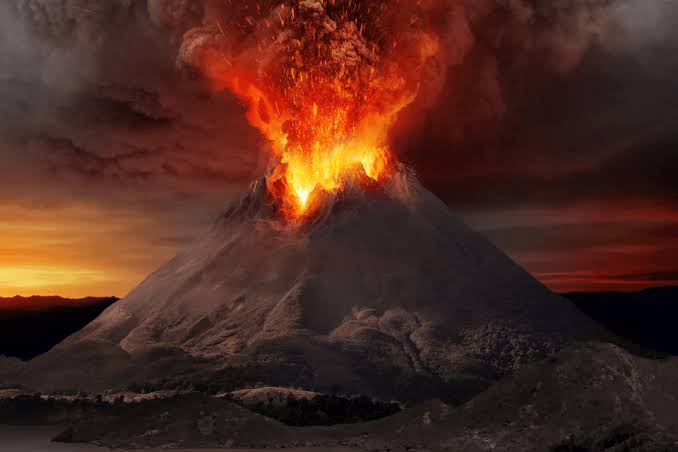 You can imagine what would happen again if the mountain erupted again if it cleared a whole city back then.

The most recent eruption took place in 1944 and 26 people died as a result.

Seeing that the mountain itself is dangerous, the Italian authorities are monitoring the volcano’s activity every now and then.

There are also strict evacuation procedures in the place because anyone’s life that lives around there is endangered everyday as no one knows when it will erupt again.

Archaeologists made plaster casts of the victims of Pompeii’s eruption. 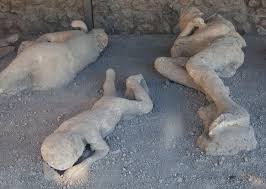 As the archaeologists were unearthing the city, they noticed that there were open spaces where there had once been human bodies.

They injected plaster into the voids which solidified in the shape of the space that was there and made replicas of the exact positions that people were when the volcano erupted.

Pompeii was discovered not until 1,500 years later.

Pompeii city was actually unearthed by accident in 1599 during the digging of a water tunnel. 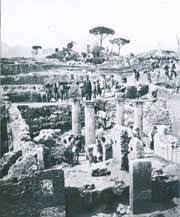 The real excavation began from the 1700s.

From the time it was discovered, Pompeii has been a popular archaeological site and is now open for tourists.

The wind usually blows away from the people’s residence.

It is said that the people from Pompeii back then were unlucky because on any day, the wind would have blown the ash from Mount Vesuvius away from them but on that day, it happened that the day was blowing directly towards Pompeii.

If only the wind had blown away from them that day, the people would not have been affected. 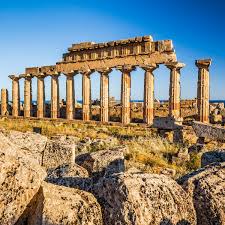 As it is known to many, Pompeii was a famous Roman city.

Research shows that the Romans might not have been there first as some of the oldest structures unearthed appear to have been designed by ancient Greek settlers.

The exact date of the volcano eruption is not known.

Nobody knows exactly when the eruption took place.

Pliny the Younger, a Roman writer who saw the whole thing go down, noted the date as August 24th but researchers beg to differ.

This is based on the clothing and food underneath the ash that suggests otherwise and there have been a debate about the date.

Graffiti was common in Pompeii. 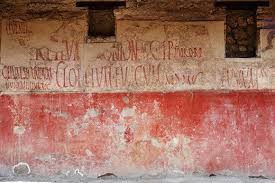 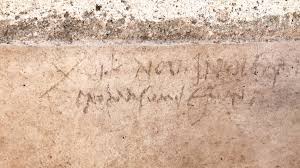 Most of us believe that graffiti is a modern day thing but that’s not true as there are traces of graffiti in Pompeii.

There were a lot of brothels.

25 brothels were scattered all over the city that were discovered after excavation.

There are displays that show the services in an illustrative menu. 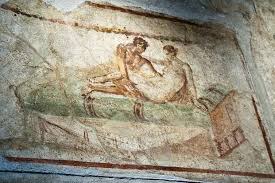 The largest and most preserved brothel found is the Lupanare that comes from the word ‘Lupa’, a slang meaning for prostitute.

The ashes helped Pompeii to remain intact even after the eruption. 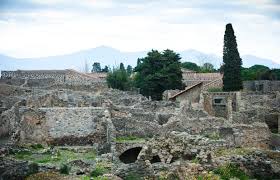 The dust acted as a preservative since buildings stood intact and the skeletons froze in place where they had fallen.

The eruption is estimated to be 500 times more powerful that World War 2’s Hiroshima and Nagasaki atomic bombings.

The eruption discharged thermal energy 100,000 times greater than the two nuclear bombs even did.

The volcano released up to 21 miles of tephra and gas cloud which are highly poisonous.

A major earthquake occurred in 62 AD.

Water supply in the city suffered a great loss then.

Minor earthquakes continued to occur in the city that the people got used to it.

These all took place before the eruption.

The people so got used to it that when the earthquake before the eruption took place, nobody took it seriously and that is why the whole city was completely wiped out leaving countable survivors.

There are so many facts about Pompeii that the above are just some of them.

The place has great history too.

Have you ever been to the now archaeological site?