By NewsHourKE (self meida writer) | 27 days

In a police incident that saw a black man shot dead by USA's Police officer at a traffic stop near Minneapolis, several criticism have since been talked about on the safety of Black Americans, after another black American, George Floyd reportedly died in the hands of Police officers last year.

Daunte Wright, was shot when he tried to flee the police after he was found to have violated Covid-19 regulations and after being found to be a wanted man after a warrant of arrest that had already been tagged on him. Soon after his arrest, it’s alleged that the late Wright, went against the officers orders after he turned back, entered his car and drove away. It was then that the police rained showers of bullets at his car, before the car crashed a few meters away. 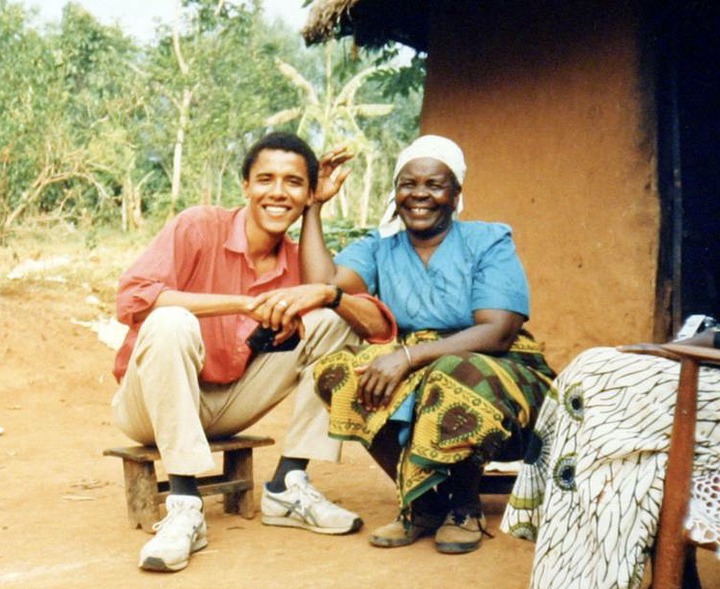 Following the Incident, the Former President of the United States, Barack Hussein Obama has come out to criticize the murder, saying that the hearts of the Black people are heavy over yet another shooting of a black man, Daunte Wright. Obama now wants transparency on investigations over the deceased’s death.

He adds that, the killing is a reminder of how badly the united States need to reimagine policing and Public safety of her citizens. 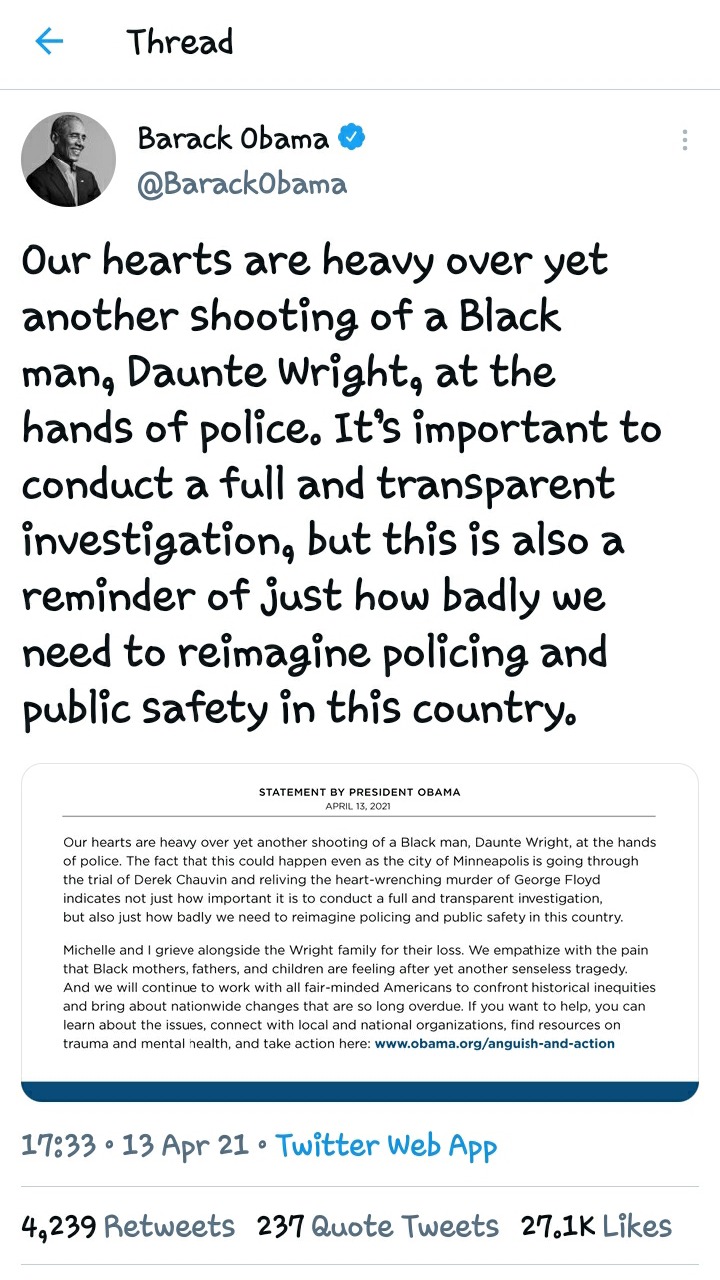 “Our hearts are heavy over yet another shooting of a Black man, Daunte Wright, at the hands of police. It’s important to conduct a full and transparent investigation, but this is also a reminder of just how badly we need to reimagine policing and public safety in this country.” Barack Obama

Obama while expressing his message of condolences to the family of the deceased saying that it was hard for a mother, father and family to bear the death of their beloved child under such a tragic occurrence, adding that he and those who are upright minded will continue to work towards justice. 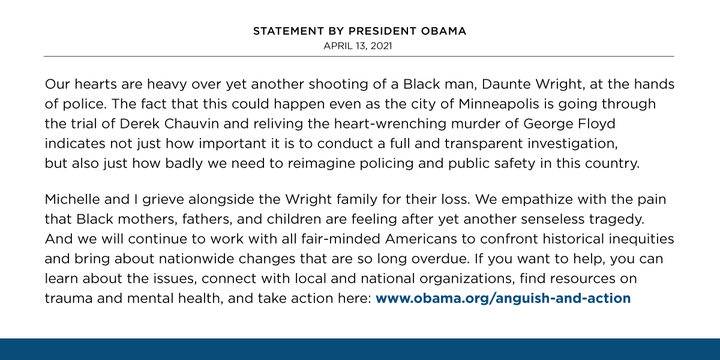 5 Signs That Shows You Are Dating An Emotional Psycho

Tricks To Persuade Anyone

Mix olive oil with salt and relieve yourself from joint pain