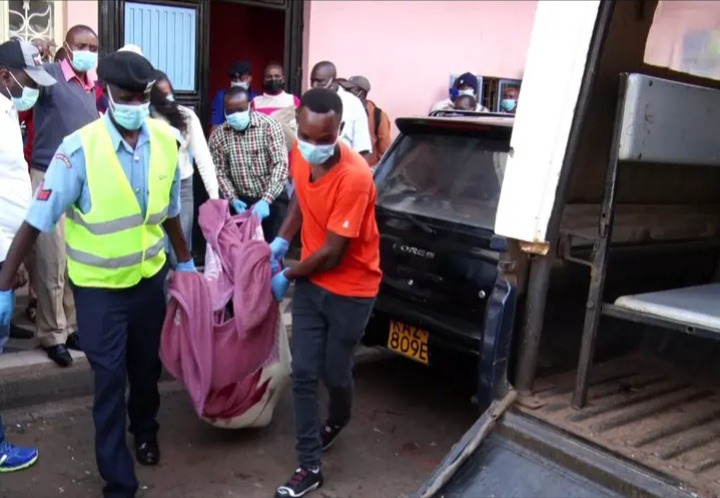 Residents of Thika town were left in shock on Wednesday evening after a man was found dead in a lodging.

In what has been suspected as suicide, the man is said to have checked into the room on Monday and never got out of the house.

According to the hotel manager, suspicions arose after Mr. Nyutu did not get out from his room prompting them to call police

Police attempts to call him out of the room went unanswered pushing them to forcibly break the door where they were met by a lifeless body lying on the bed. 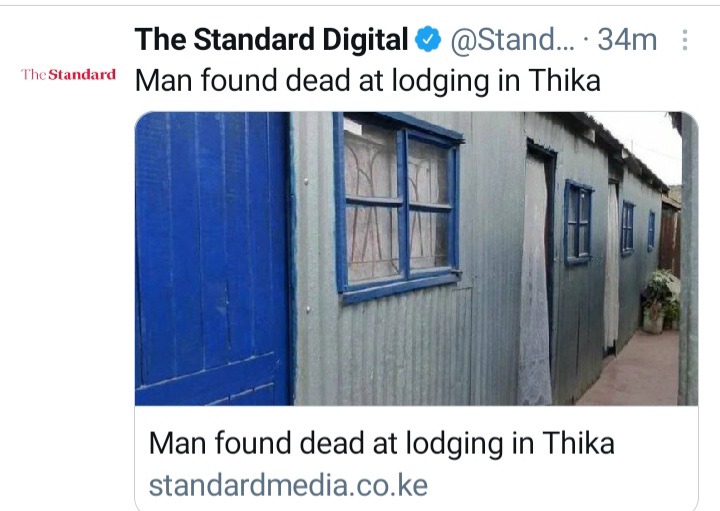 “The man booked a room for a night but failed to get out the following morning, raising suspicion. The room attendant notified the manager who informed the police. The door was broken and we found his body lying on the bed. There were two bottles of insecticides by the bedside," he said.

Accessing the crime scene, Mr Kofa said that a postmorterm that is expected to be carried will determine the initial cause of his death despite finding pesticides bottles beside him hence leading them to suspect suicide.

The body was taken to Thika General Kago Hospital mortuary.

Death, murder and suicide have thrown Kenyan society into worrying trend of deaths.

Yesterday a similar case was reported shen two young men at Kisii KMTC exchanged blows over a girl leading to death of one of the boys.

According to witness the deceased a first year medical student had suspected that his girlfriend was having an affair with another man.

In his attempt to prove is suspicions, the young boy caught his girlfriend in compromising situation that led to a fight. After dome commotion, the neighbours came him and found the body of the boy dangling from the roof top with his toes touching the floor.

The police who visited the crime scene arrested the girl and the side-lover who were taken at Police station to record statement as investigations continued.