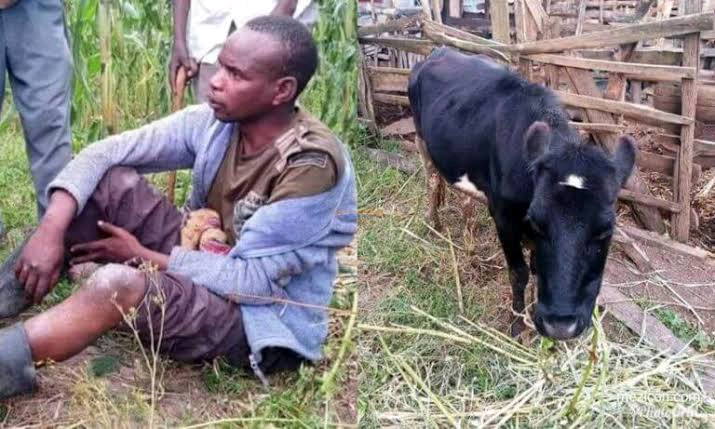 Shock as woman caught her brother in law in unnatural act with her calf on Sunday evening I Kericho County.

The suspect has since been arrested and locked up in police cell, according to DCI reports.

Directorate of Criminal Investigation (DCI) reports revealed,Kennedy Lamar, was nabbed after the calf’s owner Fancy Langat, catch the suspect at the cow shed.

Fancy said she later cried out for help and attracted the attention of the villagers who came in large numbers, after she saw someone kneeling behind her at around 5pm. 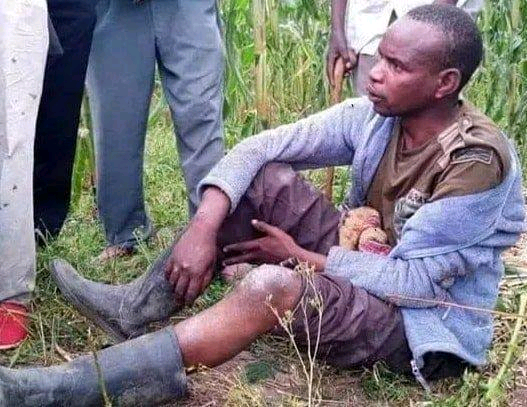 Moved by the incident, the woman went near the cow shed only to find out that it was her brother in-law Lamar, half naked committing the barbaric act.

Enraged locals milled around the scene trying to catch a glance of the unfortunate incident never seen in the area before.

The crowd whispered, as some shook their heads in surprise, while others tried to chase small children away from the scene. 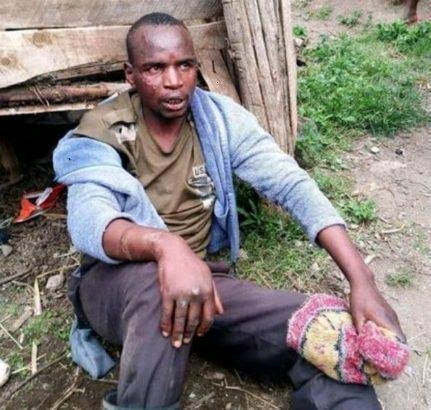 The locals together with their area asistant administrator arrest and frgomarched the suspect to Litein police line where he’s currently being detained. 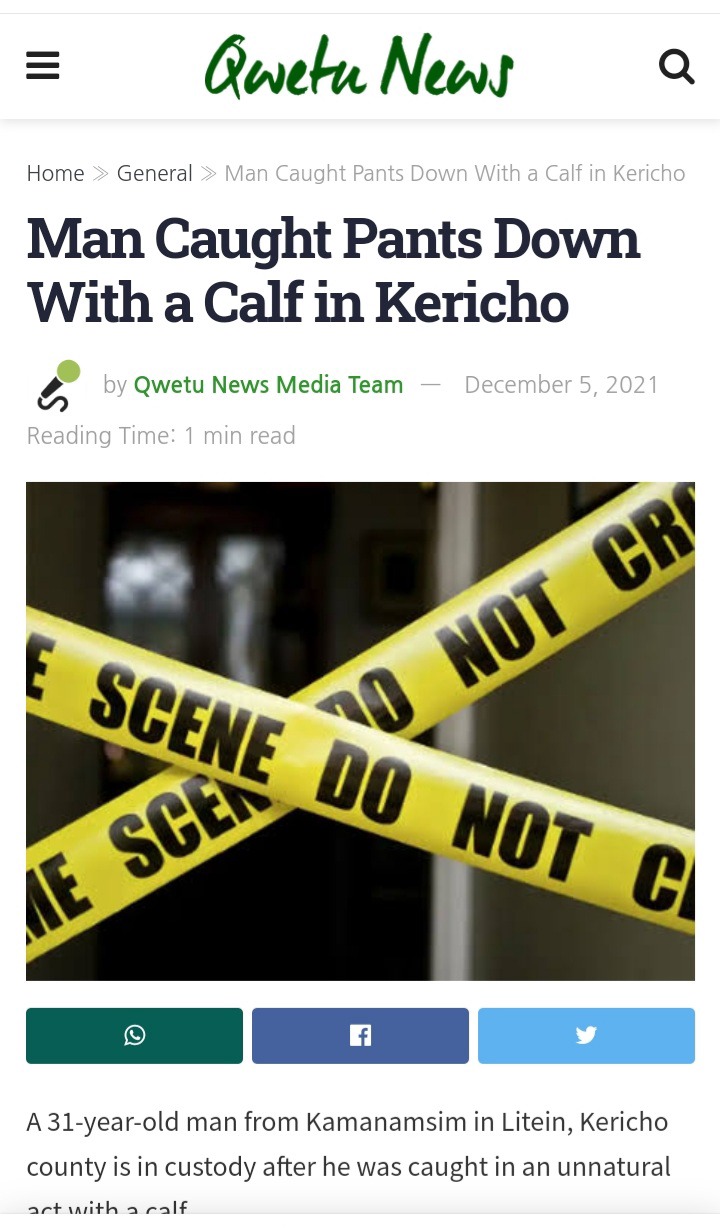 Grief As A Moi University Student Dies After Plunging Into The Deep Cheploch Gorge While On Picnic.