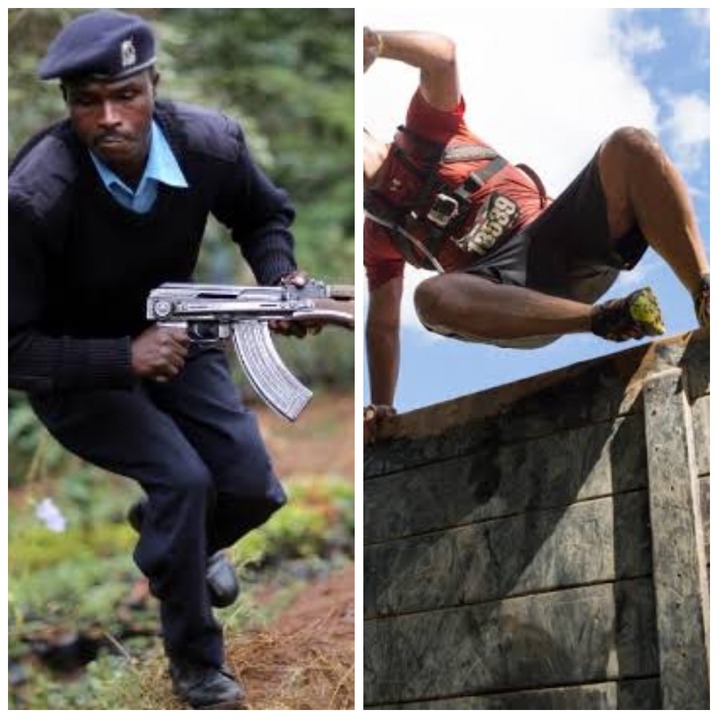 Drama ensued at sena police station after a prisoner who was going for a long call vanished.

According to sources the middle-aged man eaa taken to the latrine by an officer only for him to go missing minutes later.

In a statement recorded at the police station it was discovered that the crook went through an opening at the latrine.

It was reported by pc KOMU who was the cell sentry personell at the post that today at 1800. Hrs.

One suspect namely Vincent Elvis Omondi a Luo male aged 23 Years and who was being held in custody, for the offence of breaking into a lodging and committing a felony contrary to section 306(a) Of the penal code.

The suspect complained to the officer that he was experiencing a running stomach and required to be escorted to the toilet to relieve himself urgently .

The officer obliged and handcuffed the suspect before escorting him to a pit latrine about 10 meters from the temporally Cell holding at the police post . 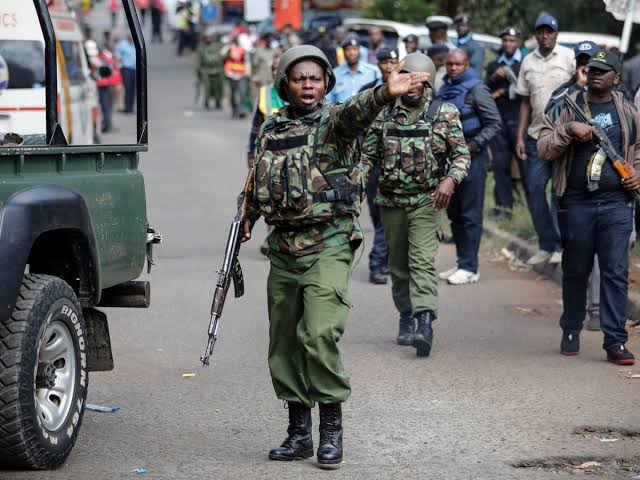 However the suspect took too long to come out and prompted the officer to knock On the wooden door but there was no response and upon pushing the door open ,the suspect was missing and he raised an Alarm .

While conducting a massive search around the surrounding environment , the suspect was sighted swimming in lake VICTORIA waters near a shrub thicket near SENA beach .

The officers engaged beach management unit officials from sena beach who PROVIDED two wooden boats to pursue the suspect AND the operation Iis ongoing to search and capture him.

FURTHER DEVELOPMENTS TO BE COMMUNICATED WHEN and as they Emerged. 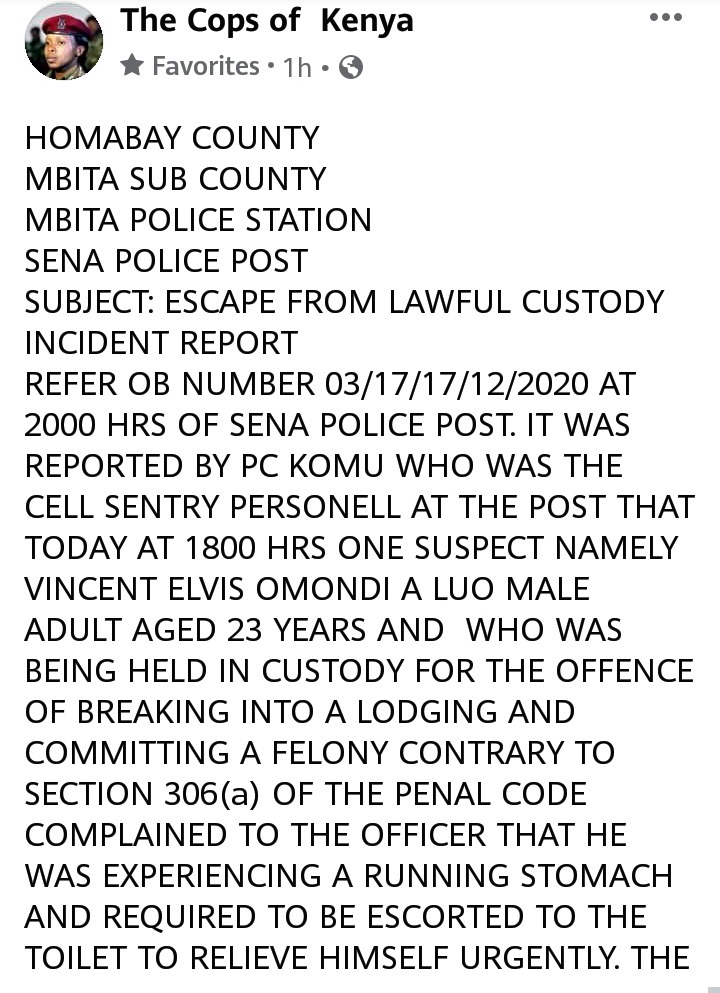