By misen (self media writer) | 6 months ago 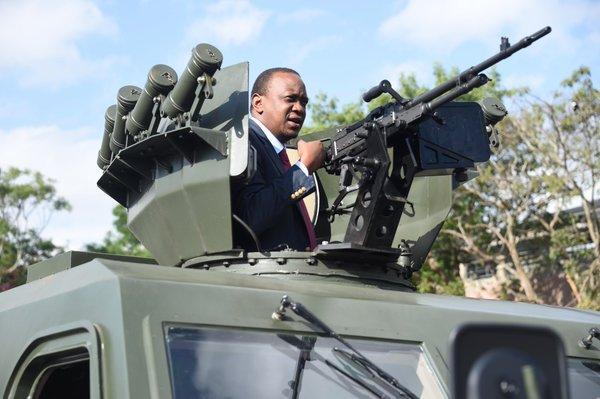 Unknown to the authorities, an officer assigned to the Presidential Unit is one of three suspects who were arrested in Kutus, Gichugu, for allegedly abducting a woman. Therefore, the shift of events on highway abduction as reports indicated that one of the notorious kidnappers is an officer attached to the president elite unit.

Police Commander Anthony Mbogo said the General Service Unit (GSU) officer located in Ruiru and two accomplices grabbed Mercy Wahu, 36, and placed her in a Probox, according to the Gichugu Police Commander.

According to the sources Wahu was then coerced into accompanying them to a nearby bank in order to remove money from the account. Mbogo said the officer had been on the run since March, when he was accused of deserting duty. 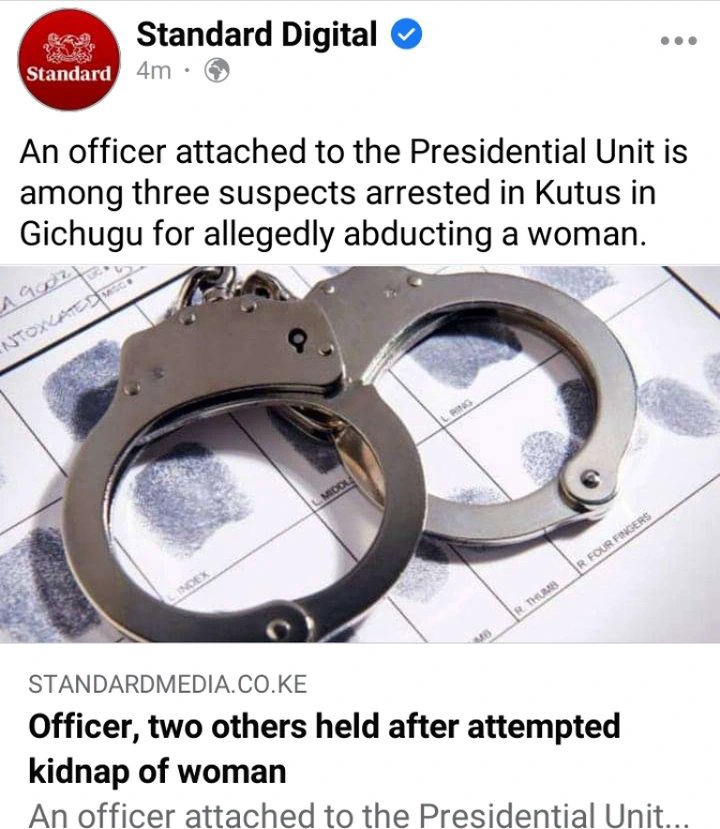 "The officer was expelled from the National Police Service after he deserted his post." In Kutus town, he was apprehended after an attempted kidnapping failed and he attempted to coerce a woman into withdrawing money from a bank, according to Mbogo.

According to the police chief, the three were transported to a Gichugu court on Wednesday, where detectives were granted permission to detain them at Kianyaga Police Station for seven days while further investigations are conducted. The woman, on the other hand, sounded an alert that drew the attention of the general public. Officers on duty at the bank pounced on the suspects and took them into custody. Further reports indicated that he is been sought for deserting duty since March and he was declared deserted in the National police service. He will face charges of abducting and stealing with violence.