By Presswriter (self media writer) | 9 months ago 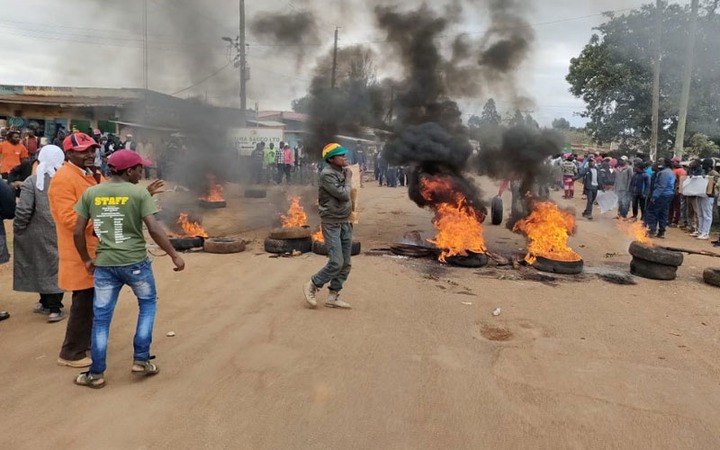 After searching for the two brothers nearly two days, a family in Kithangari village, Embu North sub-county is now asking for justice following the news that their loved ones' bodies have been found on Embu Level 5 hospital morgue.

The two brothers are Emmanuel Mutura and Benson Njiru. According to their family, the two were allegedly arrested on Sunday evening at around 10PM by police officers attached to Manyata Station for flouting COVID-19 rules. Picture : Njiru and Mutura in the past occasion. (Image credit/ The Standard)

Speaking to the media, the boys' father informed that the family learnt that the bodies were found on Tuesday at Kibungu Shopping centre, which is almost ten kilometres from their shop of operation.

John Ndwiga, the two brothers' father said on Wednesday that he believes police officers who arrested them are responsible for the duo's death.

Upon the news that bodies of the two boys have been found, residents in Kianjokoma trading centre demonstrated and demanded justice for the two boys be served. They raised barricades on the roads, and started fires saying the police officers who arrested the two boys should be arrested and then prosecuted.

Embu North sub-county police commander has, however, refuted the claims that police officers are responsible for the death of Mutura and Njiru saying the two died after jumping out of the police van they were being taken. She, however, said a file has been opened to investigate the incident.