By Njerimkweli (self media writer) | 24 days ago 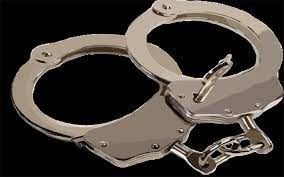 Two women and one man will be arraigned in court tomorrow over fake kidnapping allegations.

Brian Mutuku, a distressed husband, filled a missing persons report on September 17 after his wife, Jane Wairimu, failed to come back home. Jane called her husband and claimed to have been kidnapped along Loita street by thugs who were demanding a ransom of Sh200,000.

While the officers were still processing the case, Mutuku and his wife’s family members managed to raise Sh17,000 which was sent to the kidnappers. On Monday, the husband topped up sh40,000 hoping it would keep his wife alive.

With the help of the Special Service Unit and Crime Research & Intelligence Bureau, it was discovered that the wife was eloping with her younger lover identified as Joseph Mogire. The two first spent the night in Mogire’s one bedroom house in Malaa before travelling to Mtito-a-Ndei to withdraw the rest of the money that was sent in. This was their way of avoiding the police from tracing them.

In a turn of events, Mogire’s main girlfriend, who is a 21-year old university student, insisted on seeing Mogire over the weekend or else she would end the relationship. For the fear of being dumped, Mogire went to Juja, picked the girlfriend and brought her in the one bedroom house where he was staying with Wairimu. The three shared the small living space until yesterday when the police detained them.

More details are yet to be released about the scheme and how Mogire managed to convince the two women to live together but so far, Jane Wairimu has confessed to faking her disappearance in order to avoid creditors who were on her case since she lost her job.

How Much Mama Mboga Pays the County Council In Nairobi

Jimmy Kibaki Wants To Be Kenya's Next President

Who Is to Blame Father , Son or Shopkeeper