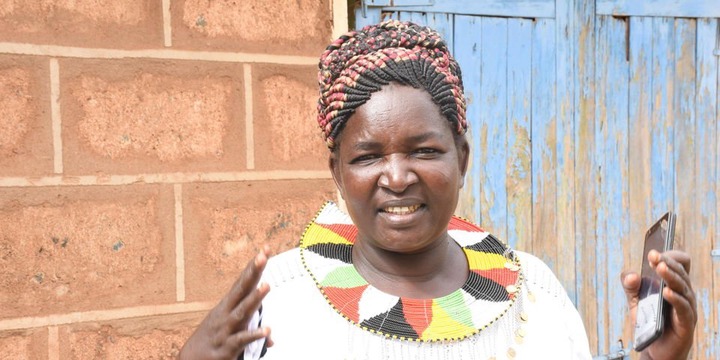 Residents of Isiolo were left mourning after losing one of its region renown human activist who was murdered in the cold blood by a well known person to her.

In what is believed to be a land dispute, Elizabeth Ibrahim a gender and peace Activist was stabbed to death by a man identified as Patrick Nawit,45, whom she was walking together with on Monday night.

According to reports by police, Elizabeth and Patrick were walking back to their residences as they engaged in a conversation, before Patrick drew a knife and stabbed her to death.

The two are believed to be from attending a burial ceremony in a neighboring village.

Confirming the incident, Isiolo County Commissioner Geoffrey Omoding said that the Police are currently investigating to determine the actual motive behind her killing. However, preliminary investigations showed that the suspect attacked Ms Ibrahim over a land dispute.

What shocked many is that the incident happened exactly at the same spot where Elizabeth's husband and son were killed 11 years ago following clashes pitting two communities living in Isiolo that left 10 people dead and over 20 houses torched.

Witnesses who witnessed the murder could not hide their anger and descended on Patrick with blows and kicks only for him to be saved by the police who got wind of the incident and rushed to the scene rescuing and ferried to the Isiolo Teaching and Referral Hospital in a serious condition.