Husband Kills Wife and Lover after he found them in the act. Reports himself to the Police Station.

A man in Kuresoi Nakuru county is reported to have killed his wife and lover after he found them in their marital bed before he boarded a motorbike to the police station and reported what he had done. 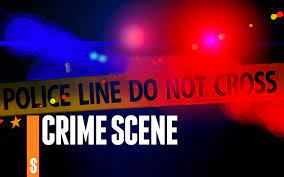 Peter Cheruiyot employed a body to take him to Keringet police headquarters on Saturday evening to report he had killed his significant other Agnes Kirinyet, 32, and Christopher Korir, 40 after he discovered them in his bed.

He apparently cut Korir's throat, while Kirinyet had a profound cut injury on her head and hand, police said. According to the police, they discovered Korir's body on the bed while that of the lady was on the floor.

The scene showed a fight had followed, police who visited it said. Cheruiyot was captured and was to be arraigned in court yesterday for a miscellaneous application to be detained as investigations into the crime are being conducted.

Bodies of the two apparent lovebirds were taken to the nearby morgue awaiting a post-mortem examination. Police said they had not recuperated the murder weapon and endeavors to find it was progressing. 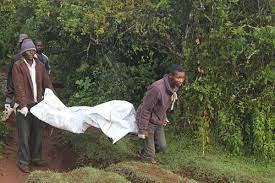 Police prompted partners in fights not to take the law into their own hands but find alternatives solutions to solving their issues.

Nakuru police supervisor Beatrice Kiraguri said an examination concerning the episode was progressing. She said police would converse with witnesses in case there is any.

Love is a complicated affair that ends in marriage. It calls for commitment, honesty, and loyalty. News of lovebirds killing one another after an affair gone wrong is no longer news to Kenyans.

If you grow tired of your spouse or lover do not kill or hurt them just leave peacefully. There are too many people to love in this world it is not worth it to destroy your entire life over one that wasn't meant to be.