By kenya.newszjunky.co.ke (self media writer) | 4 months ago 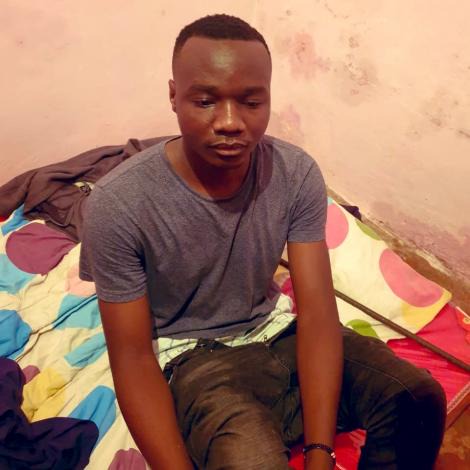 The parents of the suspected killer Innocent Kalio Makokha blame the police for their son's freedom that led to the murder of Kiriri Women's University student Christine Ambani.

His parents who spoke to the Standard stated that they thought their son was in jail for the murder of three other people. They maintained that they learnt of his freedom through TV reports.

Makokha is the main suspect in the death of his older brother, his sister-in-law and their one-year-old son who died after their house was burned down.

Police investigations showed that someone poured petrol around the house before setting it on fire.

His father, Apollo Kalio told journalists that he is the key witness in the case involving his two sons. The father vowed that Makokha killed the young family after a dispute with his brother and mother.

Kalio stated that Makokha had threatened his mother after she took a long time to give him the money he had demanded. When she asked him to be patient the Mount Kenya University student turned violent and threatened to harm her.

He further stated that Makokha was always in trouble even as a teen adding that due to his indisciplined nature he was transferred numerous times. The father also demanded to know how Makokha was released without his knowledge.

Reports indicated that the DPP advised that a public inquest into the matter be conducted. Even before the inquest was conducted and his kin buried, Makokha attacked the grieving family again by disrupting the burial planning meetings that were ongoing and destroyed his family’s property.

Detectives drawn from the Directorate of Criminal Investigation (DCI) nabbed Makokha over the murder of the Kiriri Women’s University student on Tuesday, July 27 2021.

Detailing how the murder plot was executed, DCI stated that Christine left her home planning to meet her boyfriend for a date in Githurai and he booked her in a room in Githurai where he later stabbed her until she bled to death.

According to the DCI, Makokha proceeded to impersonate his dead girlfriend and sent a message asking family members to send her Ksh87,000 claiming that she wanted to refund her boyfriend (Makokha) the money he had spent to help her settle in college.