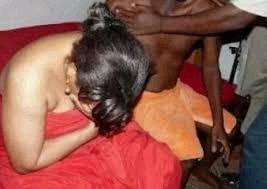 The police officers in Nairobi have arrested four people who were making merry in the Car. According to the report shared through social media platforms, their moves caused suspicion. A thing that prompted the residents to contact the detectives. Therefore the incident occurred in Ruai. Cases of people making merry in the cars have increased, a thing that has contributed to the disintegration of some marriages.

According to the information shared, the couples parked their car at Ruai in Nairobi, arousing suspicion from a resident who called the police officers.

Police officers arrived in time, then the couples dashed into their car speeding off. A thing that prompted the detectives to launch a chase and after their landcruiser could not catch up with them, they deflated their tyres. Unable to move, the couples came out of the car, pleading with the officers.

Shan Tom: DCI is now losing track. Let people use their cards in peace. The issue of nabbing the innocent Kenyans who are engaged in their private businesses should cease. Moreover inside the car. I think that is wrong.

Elizabeth Martin: I think these couples should be jailed for moral decadency in the presence of the young generation more so our teens who easily emulate. They should have utilised plenty rooms in CBD. Let them be locked. 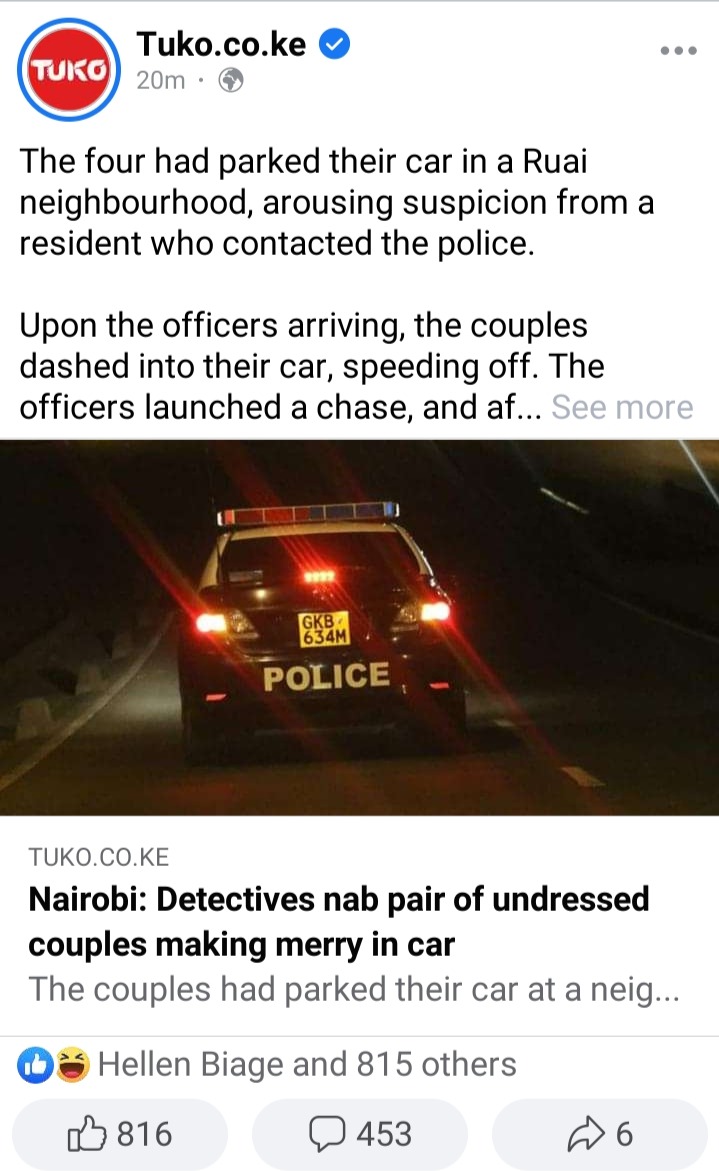