By Bowlingforsoup (self meida writer) | 26 days 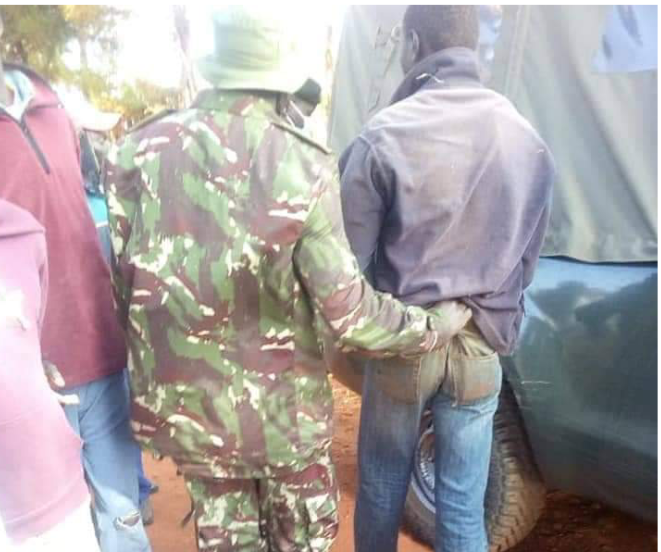 Bloody scenes were witnessed in Shinyalu Kakamega county when two siblings engaged in a violent altercation that resulted in the death of one of them.

According to witnesses and and family members, the two brothers one aged 33 and the other one aged 25 years have been having differences as a result of land conflict with the younger one who lived within the homestead always threatening to kill the older one.

According to their mother, the older one lived in Eldoret town and only came occasionally to visit. On the tragic night, the younger brother arrived home drunk and found the older one there.

His presence really bothered him prompting him to attack him with a knife. Fortunately, he was quickly disarmed but the older sibling did not end there, he went ahead and stabbed him to death.

The tragic incident was confirmed by Shinyalu police boss who confirmed that the suspect was already in custody where he is expected to be charged with murder of his younger brother.

Family members were quick to acknowledge that the deceased was a reknowed troublemaker.

Kiambu: Sad as a Man Disappears After Stubbing His Own Brother to Death

Nick Ruto's Latest Message To Her Sister After The Engagement

How DP Ruto's 'Stir The Waters, Catch The Fish' Strategy Will Work Ahead of 2022

Origin Of Mothers' Day Celebration And Why We Should Celebrate Them.