By Hellenic (self media writer) | 1 year ago

MS wambua disappeared on Friday,when her husband noted that she was missing he reported the matter to the Capitol Hill police station. 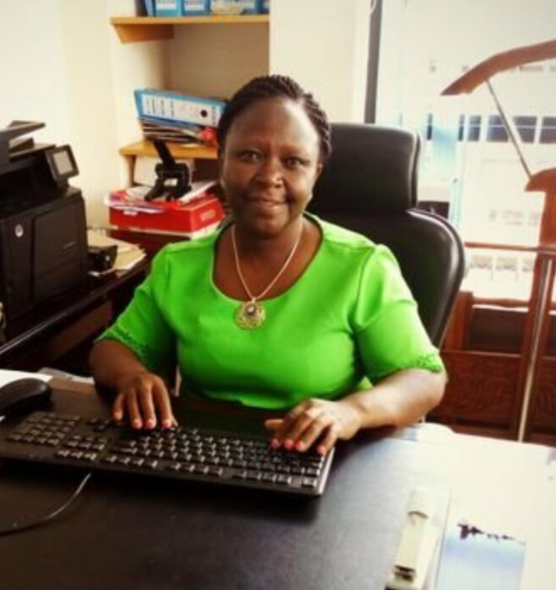 Her husband Joseph komu said his wife didn't report home on Friday and she never reached through the phone and they always communicate regularly.The husband works with the ministry of Agriculture at kilimo house ,near his wife's office.

Komu said that he dropped her outside her offices shortly before 7 am on Friday.

“I dropped her outside her offices shortly before 7am on Friday and then went to work. We speak to each other regularly, and on that day I called her at around 10am, but she did not answer,” he said.

The husband also said that on Friday at around 11 am he went to pick the car and went to the garage and he found his Wife's phone and handbag in the car.

The husband went to hand over the phone and the handbag to his wife but her colleagues told him that she had not been seen that day.

“I picked the car at around 11 am and went to the garage where I discovered my wife’s handbag and her phone. After the car was fixed, I drove to her office to drop the items but was shocked when her colleagues told me she had not been seen that day,” said the distraught husband.

However,Wambua was seen on CCTV camera leaving the offices at around 10 am.

“Already, detectives have retrieved CCTV footage at her place of work and preliminary investigations show that she entered her fourth-floor office and later left carrying her handbag, ” said Mr Komu.

However ms wambua's body was discovered at Ngong forest on Saturday.

The body was later taken to city mortuary where it was identified today(Monday 15,march).

However, details emerging that Ms wambua was a witness in the Government Advertising Agency' (GAA) graft case involving ksh 122 million.

Sifuna: If Ruto Has Respect For The Constitution Then Let Him Leave Azimio Take The Majority Seat

"I Don't Have Time to Hate People" Martha Karua States

A Lady Who Was To Employ Me locked Me In A House For 2 years And Forced To Sleep With 2 Men Per Day.