By Dimplez (self meida writer) | 11 days 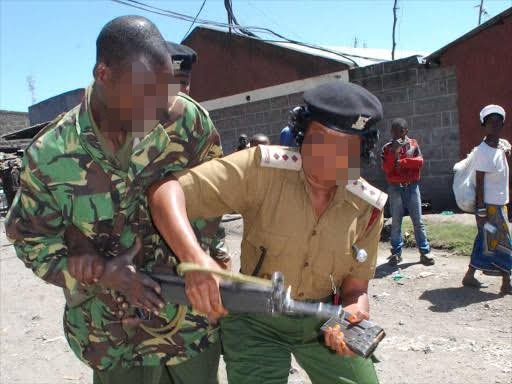 Drama ensued at Machakos Vet farm after a man was mercilessly shot dead by police officers during a wild confrontation.

According to sources It was reported that there was a shooting incident at Vet farm opposite the office of the Governor Machakos.

Police rushed to the scene where it was established that APC Victor Kariuki of Cipu currently attached to Vet farm responded to a distress call from security officers deployed at the farm who informed him that there were herders who were illegally grazing there herd of cattle at the farm.

He rushed to the farm and met a group of herders where a confrontation arose between him and the herders. 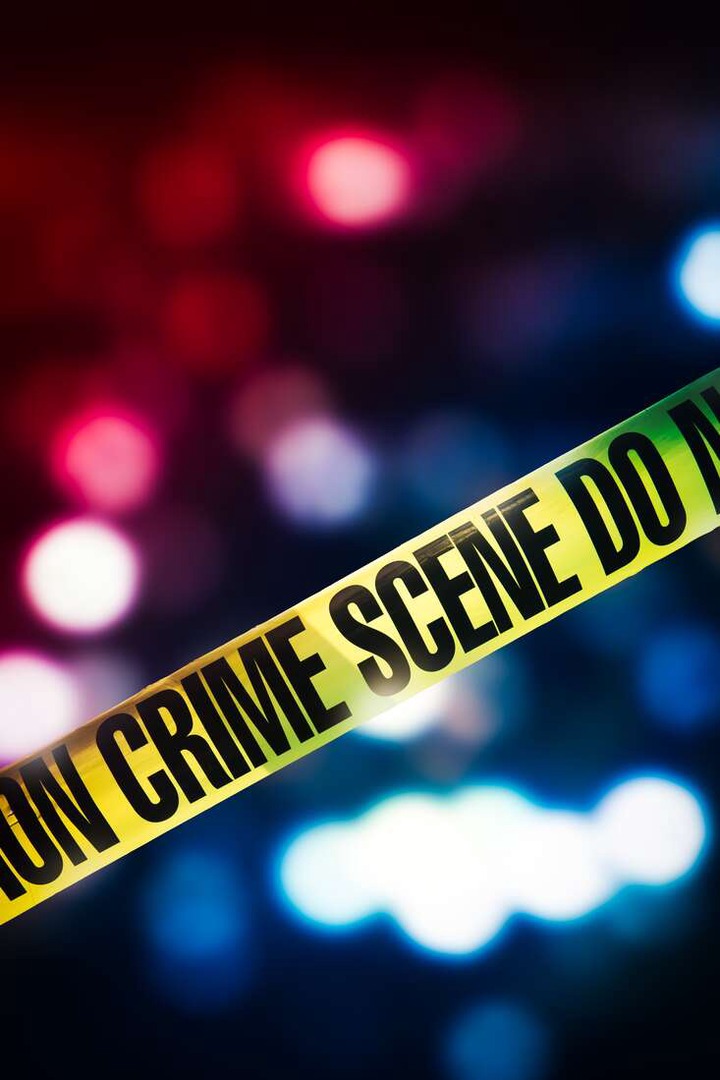 During the incident angry members of public advanced to the offices of vet farm where they set on fire hay store and also grass plantation. Fire brigade was called to the scene but the store was completely burnt and the grass plantation was also largely burnt.

The scene of shooting incident processed by SCCIO Machakos and body which had a gun shot removed to Machakos level 5 hospital Mortuary pending postmortem.

Value of damages by fire to follow. The officer arrested and placed in custody to assist in investigations. 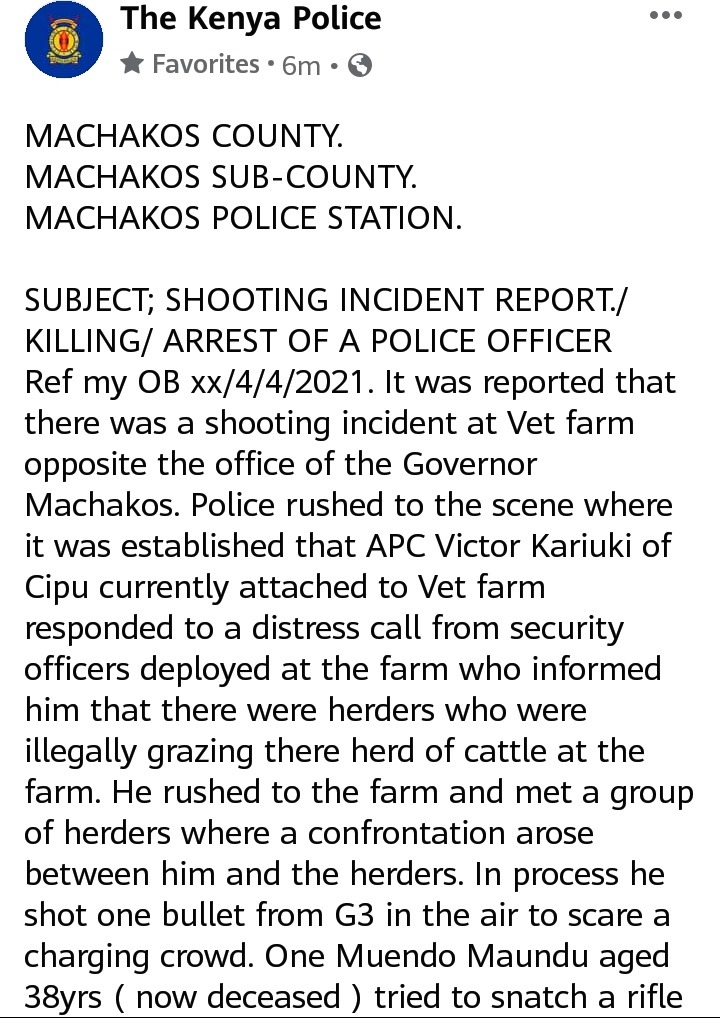 "I'm Not a Criminal Lawyer, I Practice Criminal Law" Philip Murgor Funny Responses in His Interview

Signs That Your Man Is Not Into You Anymore

Congratulations to All 2020 KCPE Candidates, Brave in a Challenging Year

Tips For A High Rate Of Hatching.

If You Spot This Stone in Your Home, Rejoice Because You Might Be a Millionaire