Kennedy Lomar, a 31-year-old man from Kamanamsim, Listen in Kericho county landed himself in trouble after he was caught red-handed satisfying himself with the young one of a cow. The man who was caught without his clothes on was arrested at around 5 in the morning when the owner of the animal sounded an alarm attracting the villagers.

Fancy Langat, the owner of the animal had heard her calf making many unusual noises prompting her to get out. At first, she thought a wild animal had attacked her cattle, she silently moved to the cattle shed where he caught a dark image in resemblance of a human being moving away from the shed and the book cover on the ground.

When she gained courage and moved to the place where the dark image had landed, Langat was shocked to learn that it was her stepbrother who removed his clothes to commit the act with an animal. After sounding an alarm, a crowd flooded in the scene as they watched the abnormal act in dismay.

Children had also made their way to experience the shocking scene and maybe have a creative thought they have never thought of. The locals were led by the area chief who escorted the man to the Listen police station as he awaits arraignment on Monday. 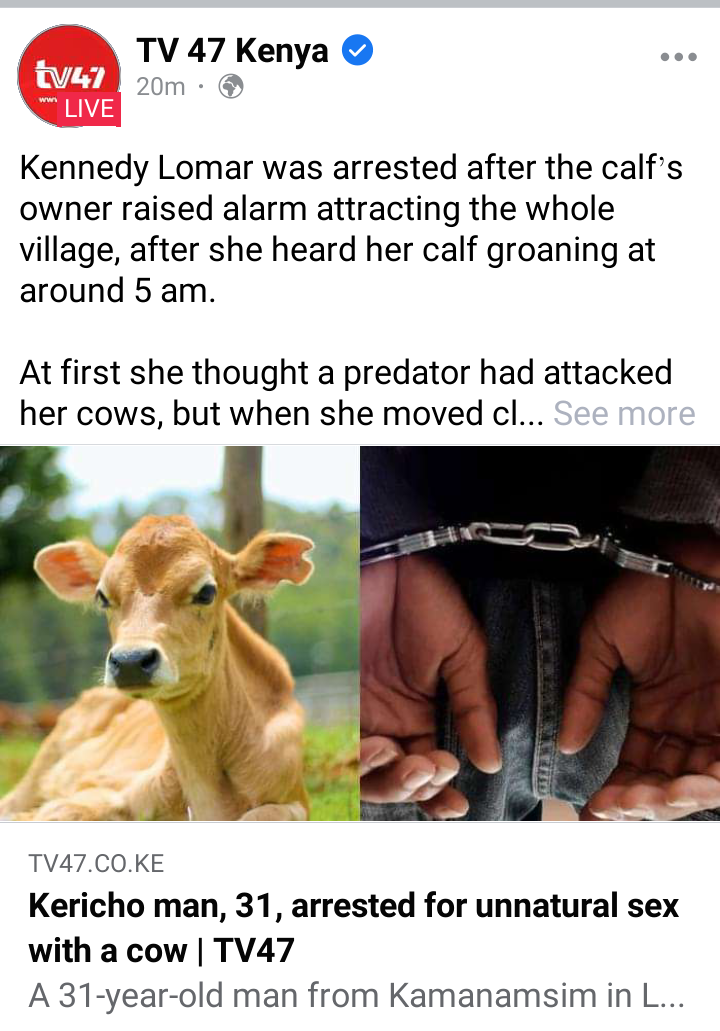 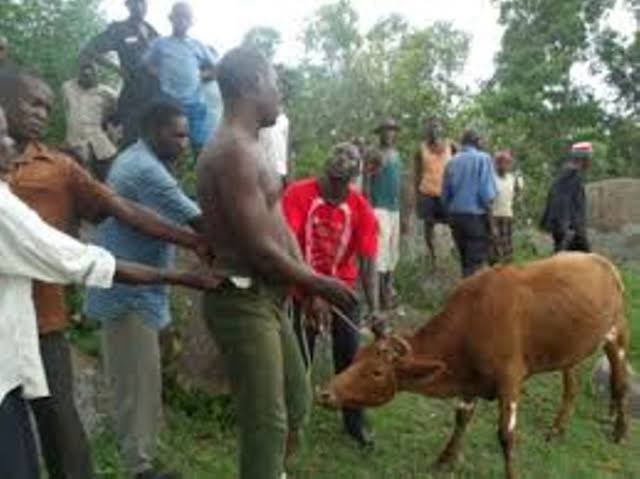