By MafiaNews (self media writer) | 4 months ago

Kongowea residents in Nyali constituency, Mombasa, are calling on the government to intervene after a private developer des and destroyed the stormwater drainage system

The residents want the construction works at the site adjacent to the community halted immediately saying that since the construction of a perimeter wall which they say was erected illegally, houses have been flooding. 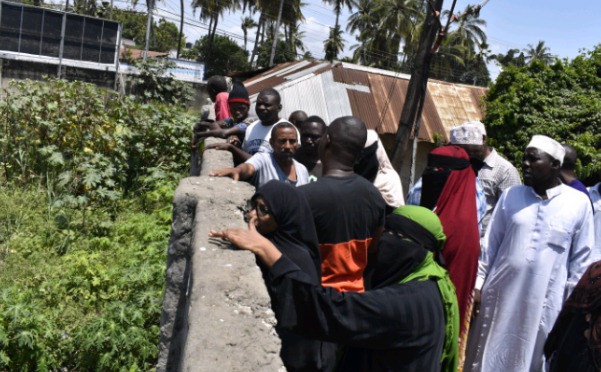 “We are over 20,000 people living in this area that have been affected over the years. Whenever itins, water floods our houses, we have lamented about this issue ever since but nothing has been happening,” said Khalid Salim.

Salim alleged that the land is a public road reserve that was illegally grabbed and blocked for use by the public.

He said that the ongoing works have destroyed the stormwater system that has existed since the colonial times and if works continue, they might be blocked stormwater.

“This storm water system serves the entire Kongowea and adjacent areas of Nyali, taking water to the ocean through the Bahari club. As they continue with the digging, the chamber located here is going to be destroyed meaning sewage water will no longer move,” he said.

Hamisi Ahmed said that a majority of the families have lived in the area since the 60’s saying that whatever was going on is illegal.

He said that they received promises before that the issue will be, addressed, but to date, nothing has happened.

“The president (William Ruto) during his inauguration promised to deal with cartels once he puts down the Bible, we call on him to come here and deal with these cartels here putting the lives of Kenyans at risk,” he said.

“This is a waterway, how can one be allowed to build on it and block it? When it rains water gets into our houses making toilets flood. We won’t allow this to go on,” she said. 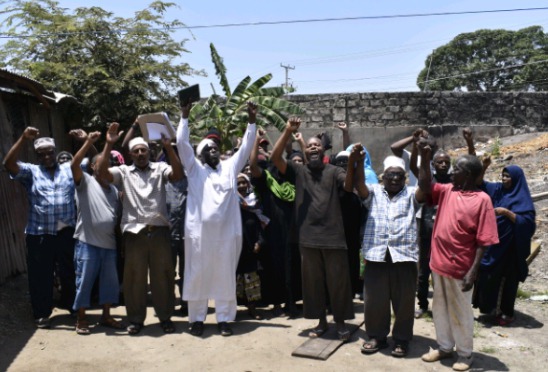 Muhfadh also called for the city to be issued title deeds saying that they have been following up on the matter since the 80’s to no avail.

“I believe if we have titles, we won’t continue to have these problems. We also want the government to come here and see what is happening,” she said.

Content created and supplied by: MafiaNews (via Opera News )