By CrimeBuster (self media writer) | 27 days ago

Grief engulfed Kajiado during the burial of a woman and her three children who are reported to have died after a Fire broke out while they were sleeping. A few weeks ago, the woman who was allegedly sleeping along with her children and house maid are said to have woken up to the raging fire that had occupied most parts of the house.

Reports have revealed that the deceased allegedly tried shouting in order to receive help from their neighbors who rushed to the scene of the accident in attempts to help them.

However, things didn't go as planned due to the fact that the deceased were allegedly burnt to death. According to the reports given by the neighbors, they claimed that the wind was too strong for them to put out the fire.

While reacting to this incident, the husband and father of the people who died in the fire outbreak called upon the local police officers wanting them to carry out an investigation in order to find out what had happened.

According to the reports given by the man who couldn't hold himself, he said that there might have been a foul play adding that he didn't believe that the fire incident was an actual accident.

At the same time, a number of politicians from Kajiado have called upon the inspector General of police, Hillary Mutyambai wanting him to conduct an investigation in order to find if the tragedy that claimed five lives was an actual accident or had a foul play in it.

Most of the leaders who spoke during the burial of the four family members said that it would be unfair for the man who has been left alone to live without knowing whether or not his family died out of an accident or a tragedy caused on purpose. 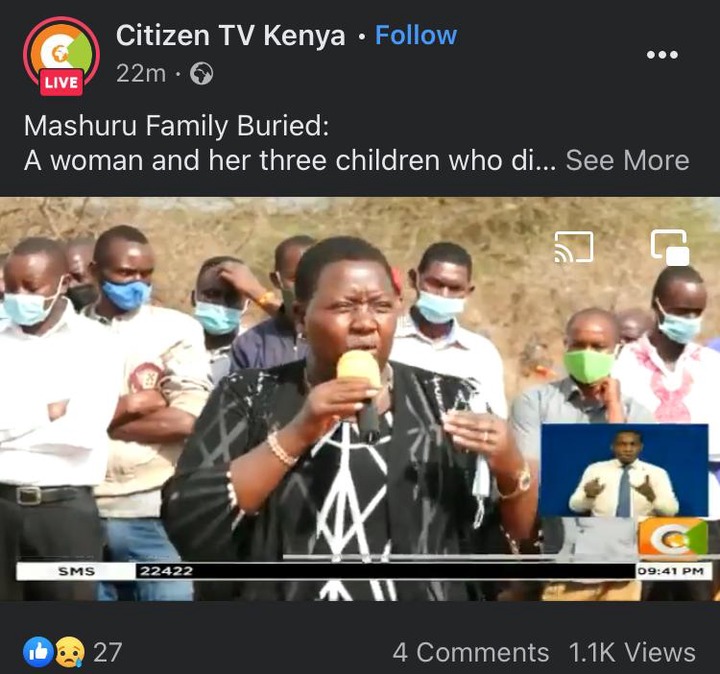