So Sad, Another Man In Embu Is Shot Dead As He Protested Death Of Two Brothers

By Dolberg (self media writer) | 9 months ago

Business in Kianjokoma, Embu North Subcounty in Embu County came to a standstill on Wednesday after a standoff between police officers and angry area residents. 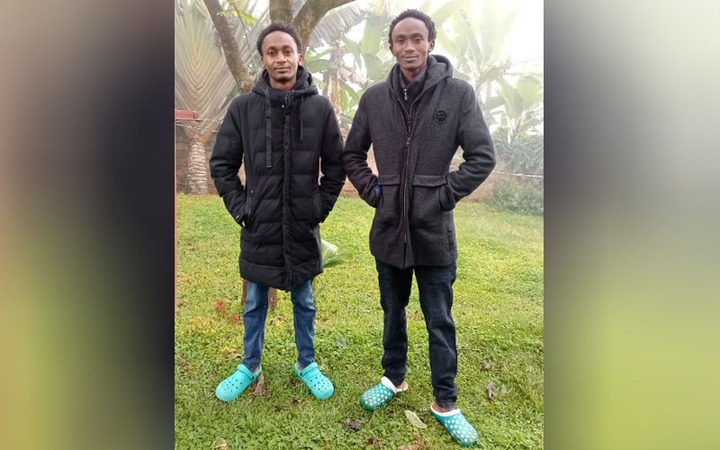 This was after the police allegedly killed two brothers namely Benson Njiru who was 22 years together with his small brother Emmanuel Mutura aged 19 years for flouting Coronavirus directives after they were found outside past 10 p.m

These riots saw police officers to lob teargas in the process as the dispersed the angry residents. According to latest report, one person died from these riots. 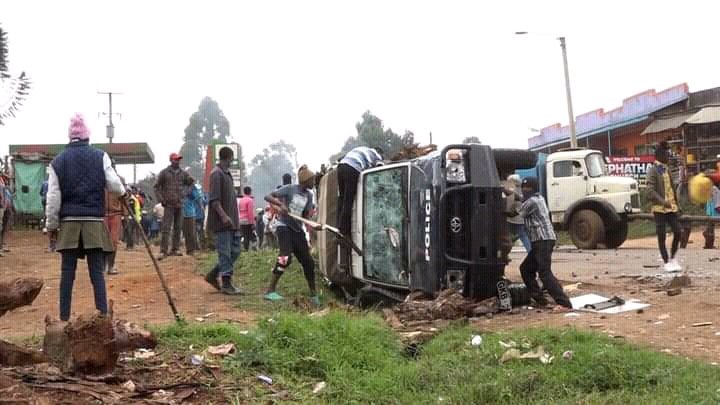 The area Commander has described the shooting as an unfortunate act. The deceased protestor is said to have died on the spot after he was shot in the head before he fell with a thud. Minutes later, he was pronounced dead. The body of the unidentified man was taken to Embu Level 5 Mortuary awaiting confirmation by their family members 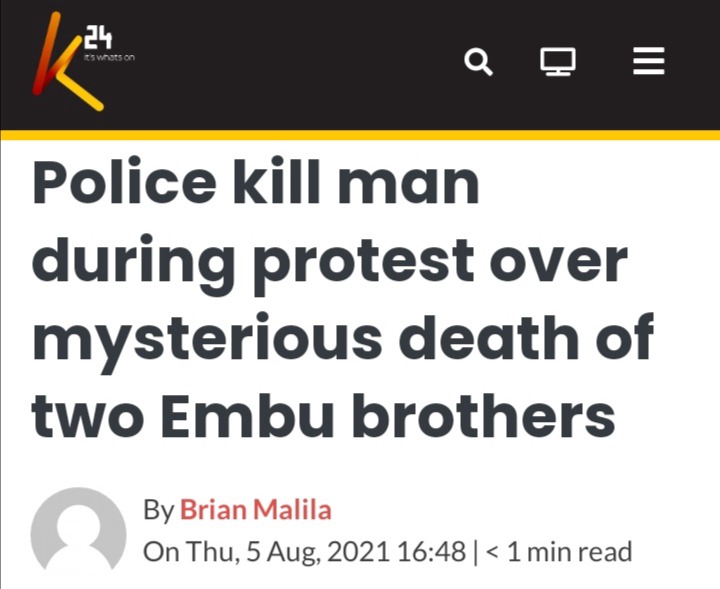