A woman in Nyamira County made chilling confessions on how she killed her husband and locked his body inside their house. The mother of two then fled to North Mogirango in Kisii. The lady killed him in a physical fight after a family brawl. 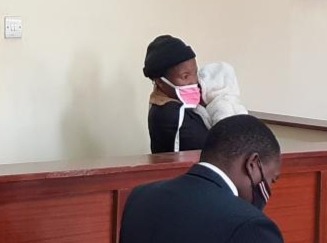 According to the woman, her husband wanted to sell their piece of land against her will. She said that she had to fight for the future of their children. It is then that a fight between them ensued.

Standing before the Nyamira High Court, she confessed killing him after the conflict between the husband and her. Police say the suspect was arrested five months after dodging the officers who found the deceased's body a week after being killed.

An autopsy report revealed that James Mecha, the husband, died from internal bleeding in the head. The wife is said to have hit him using a metal rod causing serious head injuries.

The case was confirmed by Desmond Majale who is the Director of Public Prosecutions in Nyamira. The woman who appeared in court with her baby was released on a bond worth Sh 500,000 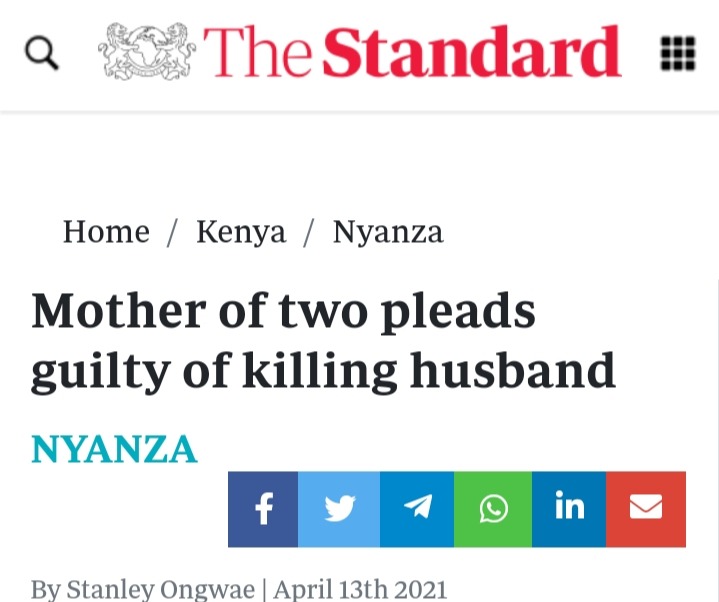 Security Car That Can't Miss On A Presidential Convoy

Authorities Launch Probe Into The Disappearance Of A Motorbike Rider Joseph Maina In Kitale.

Why Do We Need More Weapons And Weapon Manufacturing Plants If We Want World Peace?

Why Many Schools May Not Reopen Tomorrow As Expected

Kenyans React To The Beautiful Photo Of Raila Odinga's Mother.

Why Curfew Should Be Done Away With