Bystanders watch in horror as police ambush and detain a road contractor accused of murdering his two children.

He was caught at the Lunga Lunga border while he was trying to cross into Tanzania, according to Kinangop sub-county police commander Fredrick Ombaka.

Charles Maingi Mutie, according to Mr. Ombaka, was detained on Wednesday by cops from Kagera, Lunga Lunga.

Since Sunday, Mutie has been on the run as a sought murder suspect.

Today, Mutie will be charged before the Mariakani law courts, Ombaka said. 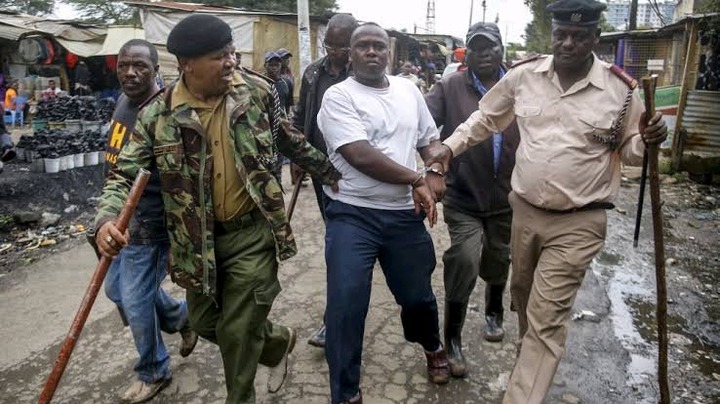 At Kagera, some distance from the Lunga lunga border, "the guy was captured on Wednesday by police officials," said Ombaka.

It has been alleged that Mutie, 54, shot and killed both of his daughters on Sunday.

Only two weeks ago, police shot and killed three gang members who were robbing people in the street while holding guns to their heads. 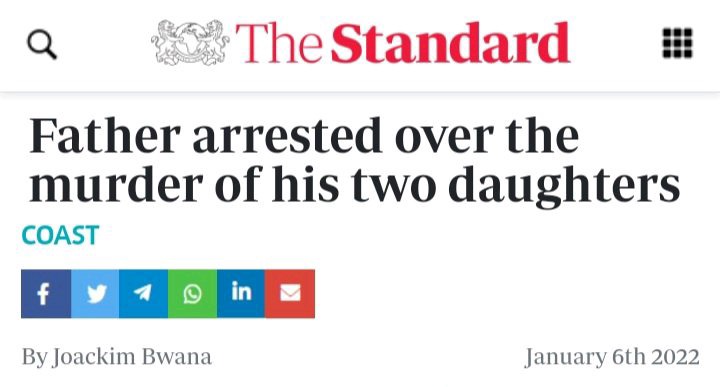 At night, a criminal group terrorized the public, according to the people's claims.

The Price of A 33 Seater Matatu And How Much Money You Can Make With It.