By amadijustus (self meida writer) | 10 days

Former Nairobi governor Mike Sonko yesterday wowed his fans after he posted a video of veteran Nairobi matatu boss Jamal Roho Safi while getting cozy with his side chic Amber Ray in a swimming pool.

Jamal is legally married to his first wife Amira, with whom they have two kids. Jamal is a renowned businessman in Nairobi who owns lots of matatus in the city. 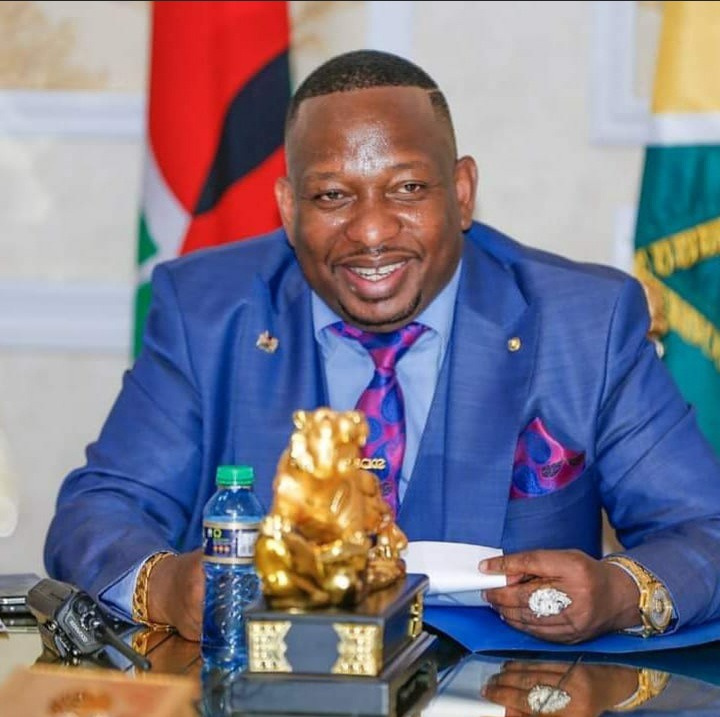 Jamal and Amber Ray met five years ago according to the explanation he gave in an interview with Jalang'o on Bonga na Jalas. Jamal admitted that the arrival of Amber Ray in his life brought a significant change as he lived a reckless life before. He then made his relationship with Amber Ray official after blogger Edgar Obare exposed him. 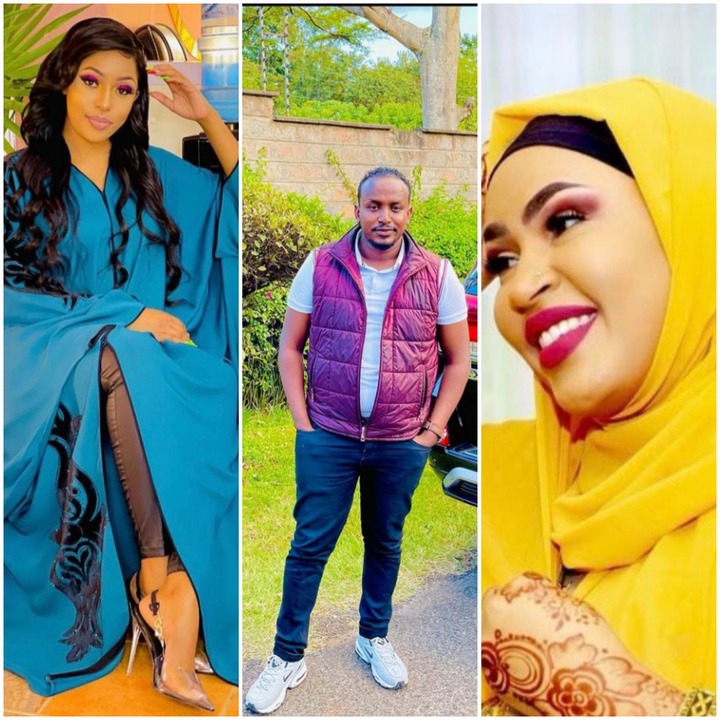 Former Nairobi governor Mike Sonko yesterday took to his social media platform to applaud Jamal Roho Safi for his boldness and frankness with his wife. Sonko posted a video of Jamal and Amber Ray on his Instagram page while enjoying themselves at a pool.

Below is the link to the video uploaded by Sonko:

In the post, Sonko praised Jamal for serving as a good example to Kenyan men who have girlfriends out of wedlock but don't want their wives to know. He praised Jamal for opening up to his wife about his relationship with Amber Ray and being genuine about it. 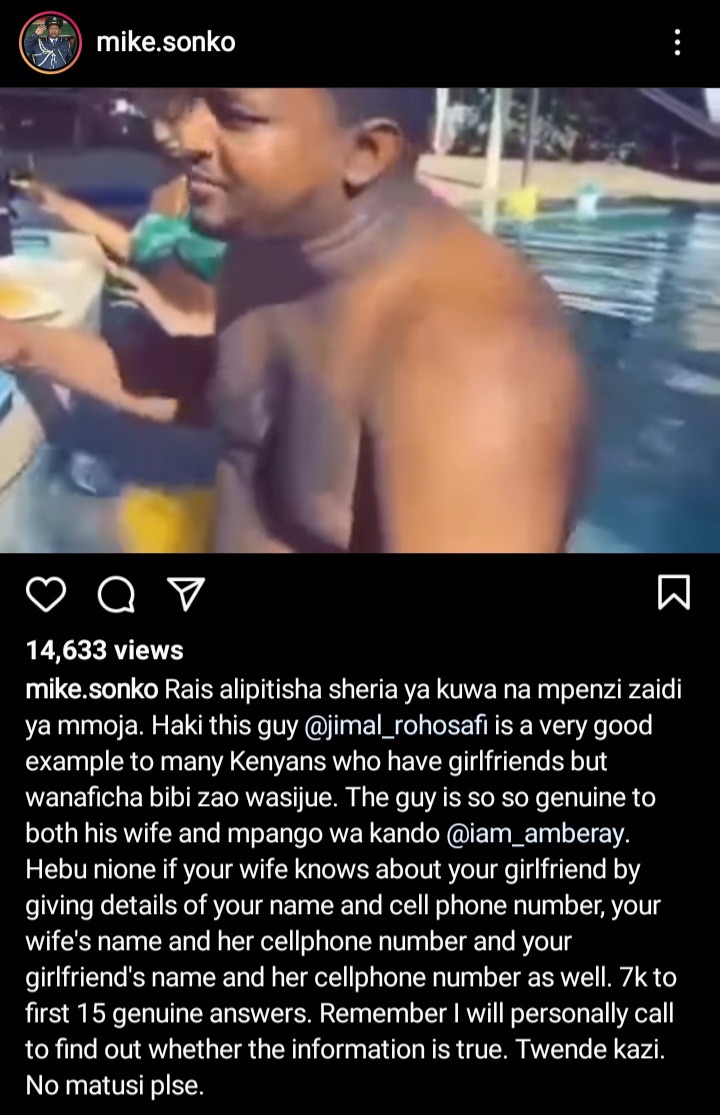 "Rais alipitisha sheria ya kuwa na mpenzi zaidi ya mmoja. Haki this guy Jimal Roho Safi is a very good example to many Kenyans who have girlfriends but wanaficha bibi zao wasijue," part of his caption read.

Sonko then promised to give Sh 7,000 to the first 15 people to confirm that their wives knows about their secret relationship with their girlfriends. He gave the condition that the first 15 people must provide their own phone contacts, phone numbers of their wives and those of their girlfriends. He further assured that he would personally call to confirm whether the information is true before he awards the money to the winners. 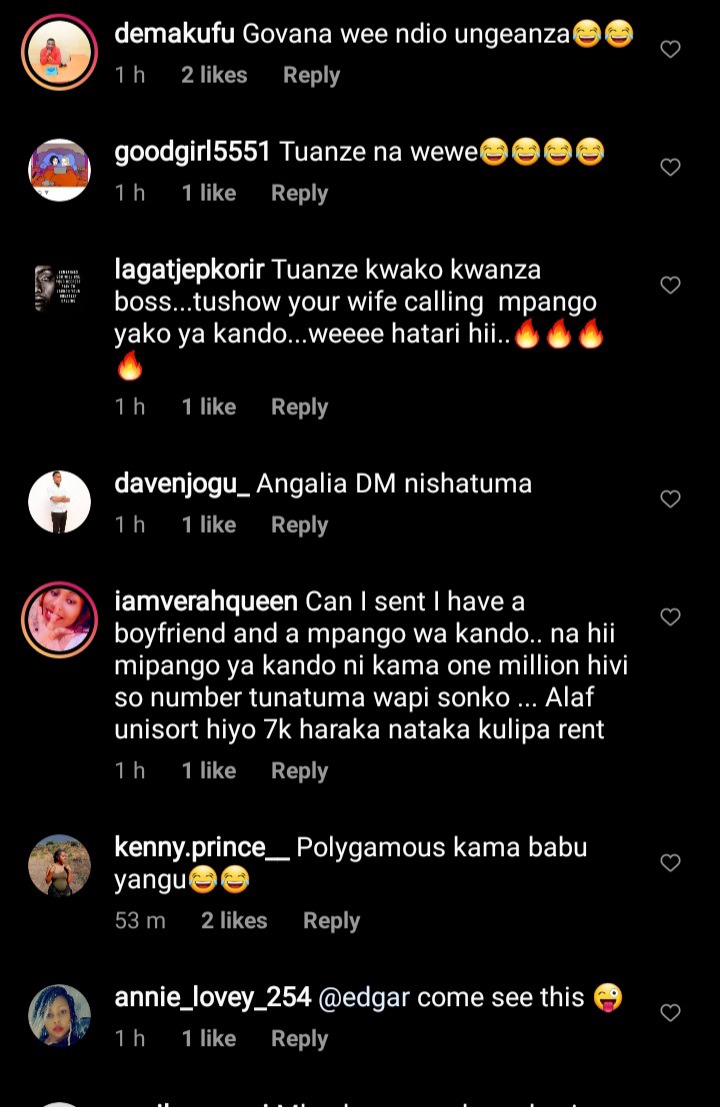 The post sparked mixed reactions from fans who commented that Sh 7,000 is a very small amount of money for a man to break a marriage that has taken years to build. 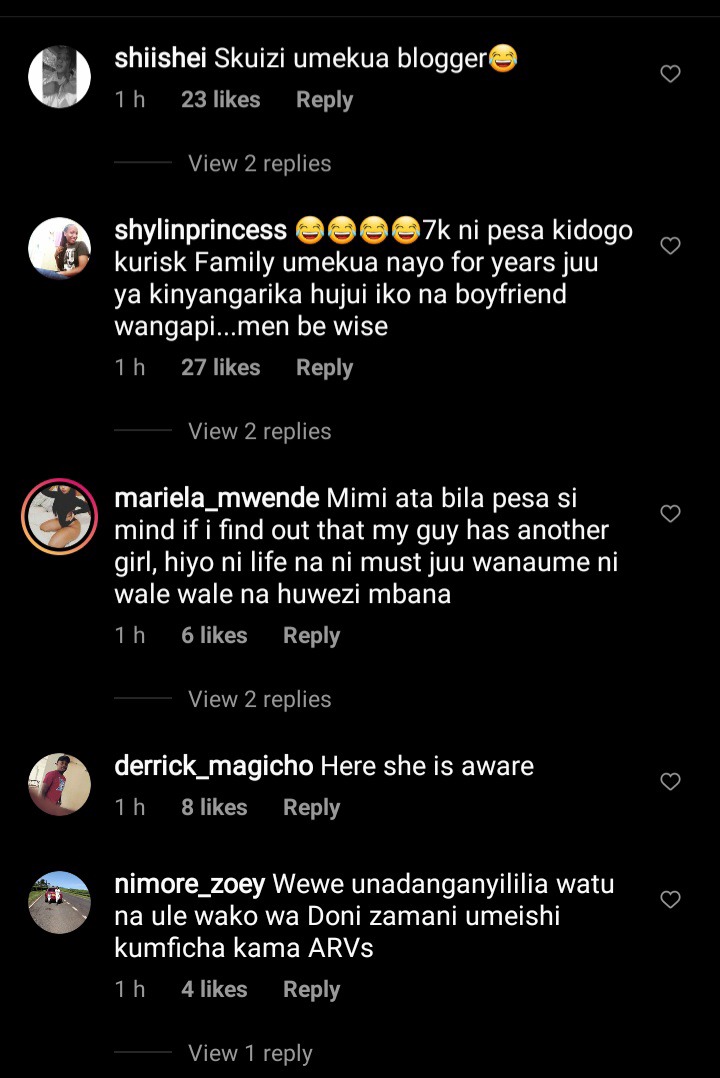 While some people told him to start by posting contact details of his girlfriend, others noticed that he is nowadays too idle and should be given a job by President Uhuru Kenyatta. 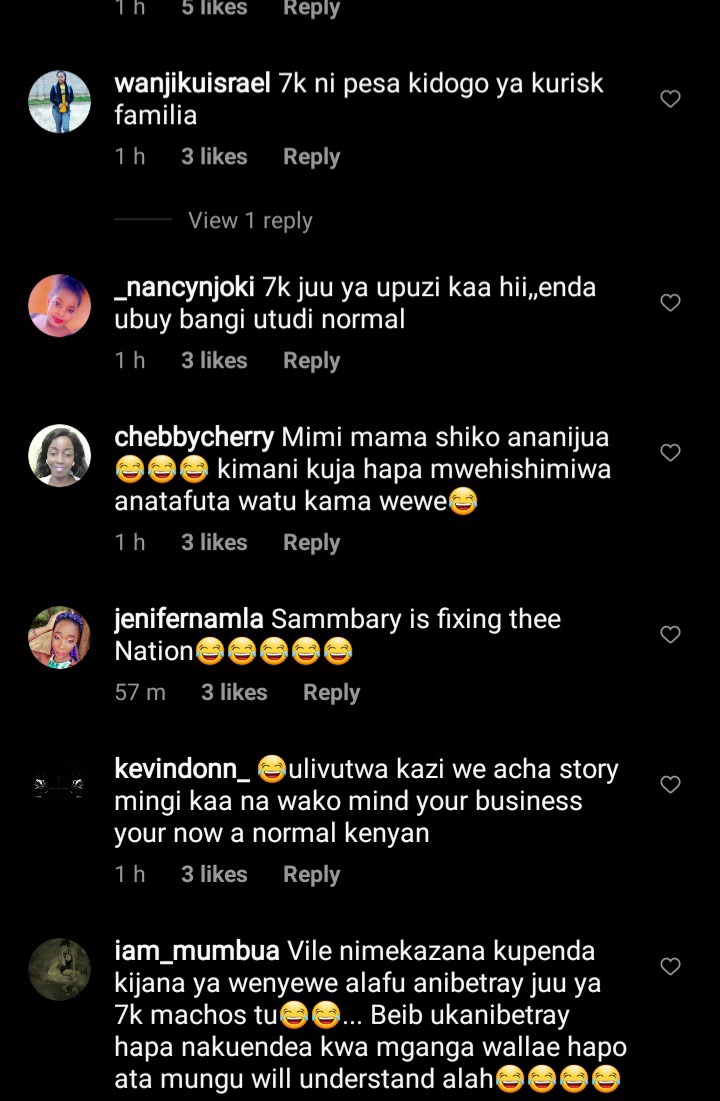 The Green Commandoes midfielder, Super talented, touted as the next Erick Ouma Marcello

Isaac Mwaura Replaced, This Is The Man To Replace Him...

What Should Be Done To Schools Which Recorded Very Low Mean scores In KCSE Results.