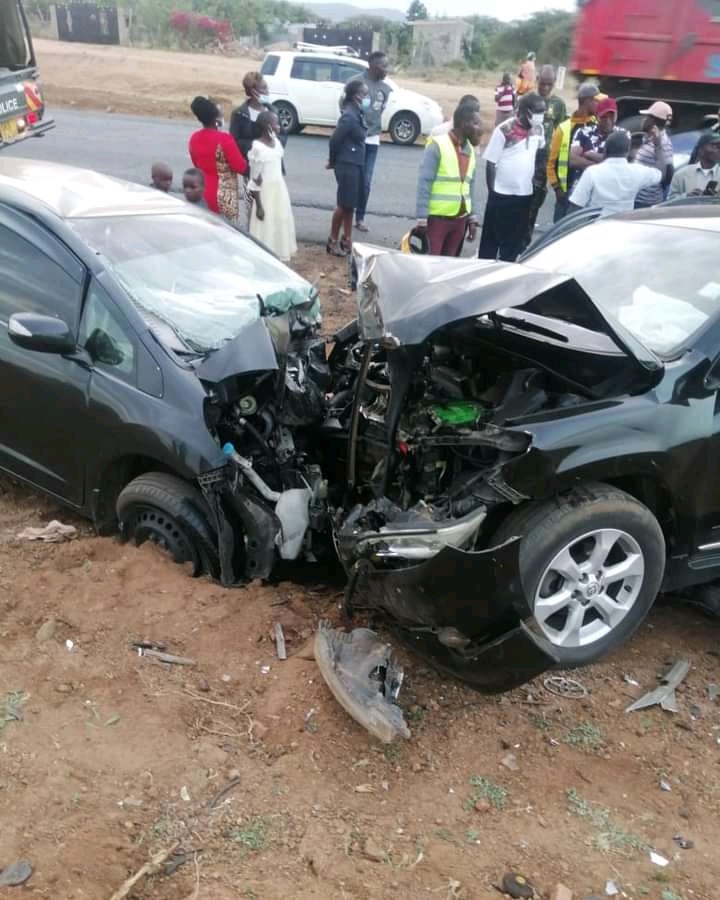 According to kamba Station musyi fm, two saloon cars ended into head collision after the said driver decided to overtake a trailer that was in front of him on his way to Matuu - Mwingi road. Upon overtaking he accidentally saw another car that was approaching where he ended up dashing to road side.

Unlucky the two had the same thought since they were on high speed where they ended up having Head on collision. According to the reports is that no one has been reportedly to have died in the incident though the casualties were reported. 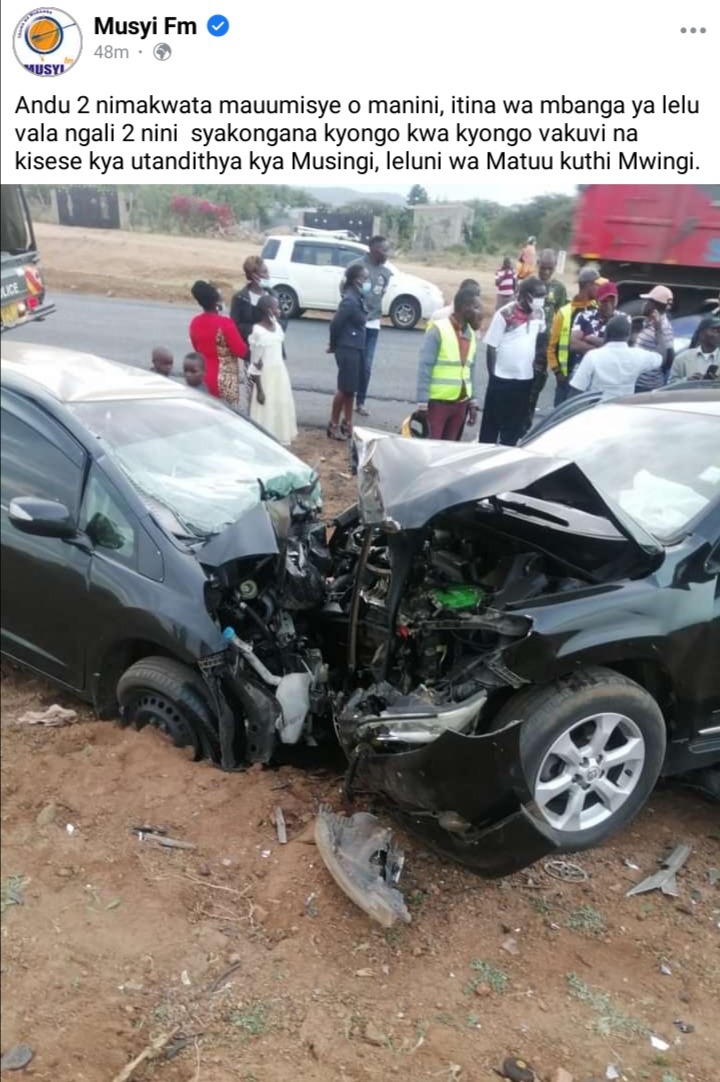 The Bodaboda riders using the same route, who witnessed the scene rushed and managed to rescue the two drivers.The two vehicles seemed to have been damaged since the two were said that were on high speed, and they approached from opposite side.

The two were rushed to Matuu nursing home to fight for their life since they had been injured causing bleeding wounds.This has been confirmed by popular kamba Station Musyi fm whom managed to reach the area of the incident and gathered the information.

"There Is Political Tsunami In Mt. Kenya Region Brought By Hustler Movement" Dp's Ally Warns This

William Ruto Declares This Ahead of 2022 Polls

Minor Signs And Symptoms Of HIV/AIDs

Inside Forkbombo, The Dreaded Kenyan Cybercrime Gang Led By A Former DCI Detective