By TimelyNews_KE (self media writer) | 26 days ago

A man identified as Benson Mumia was brutally beaten up by irate mourners in a funeral service in Kakamega County over a bizarre act.

According to reports, the 60-year-old man secretly put two eggs inside the coffin on each side of the corpse. According to eye witnesses, the man placed them thinking nobody was watching eventually landing him in trouble.

The mourners wondered why the man did so and landed on him with fists and kicks before they were calmed down by the pastor who was presiding over the service.

The funeral was forced into a standstill with the irked mourners demanding answers from the man on the reason behind his mysterious act.

They claimed that they have never witnessed such and linked the action to witchcraft. According to community elders, the action might be superstitious claiming that the man could have bee using superpowers to cover-up something.

The claimed that there is a possibility the man was involved in the death of the deceased and sought to cover himself by preventing the deceased's spirit from haunting him. 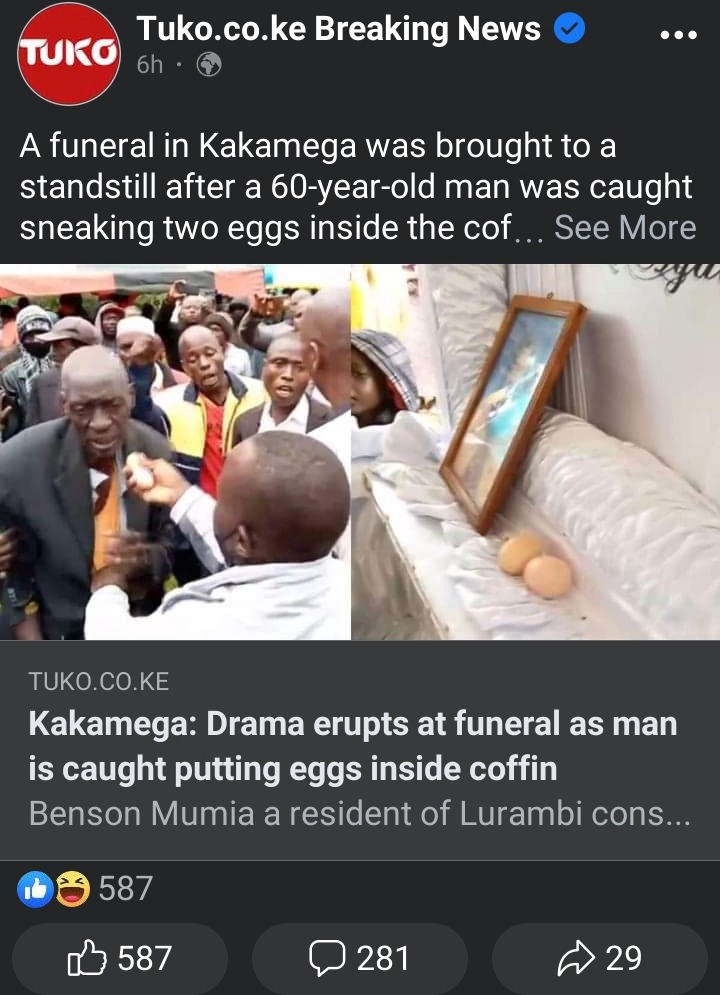 What The Bible Says About Irresponsible Husband Or Wife.

'Tumeweka Tick He Is Yours' Netizens React Akothee's Latest Post With Boyfriend.