All Praises to Raila After Fuel Prices Drop

By KenyaNews.Co.Ke (self media writer) | 8 days ago It has been a sigh of relief to Kenyans after EPRA reviewing fuel prices that took Netizens aback in the past few weeks. Kenyans voiced fury after the government increased the prices of the essential commodities that threatened to pile on the misery of the population slowly extricating from Covid-19 Pandemic.

Among many leaders who protested against the unendurable prices were, the ODM leader Raila Odinga, Musalia Mudavadi and the Deputy President. 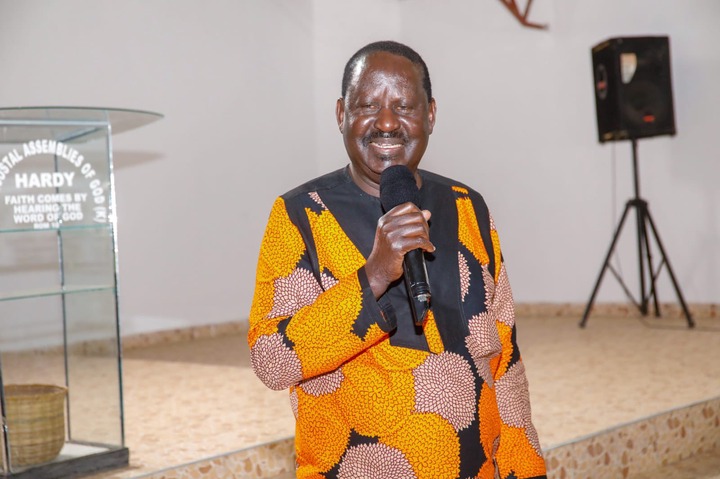 However, of the three mentioned above, Raila revealed that the prices would go down in a weeks time, which has come to happen.

And now, all praises have been channelled to the former Premier, for a promise well kept. According to Mohamed Wehyile, the prices were to be lowered a week after being hiked but delayed allegedly due to technical problems.

"BREAKING NEWS: Baba ameshukisha price of fuel. His promise was after 1 week but we had technical problems!" He has stated.

ODM, his party, has also thanked its boss after new prices were announced today. 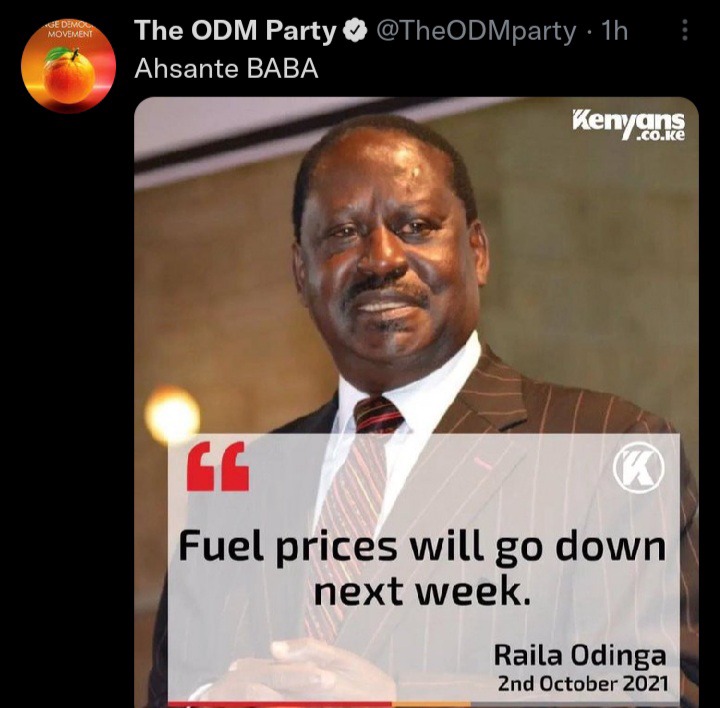