Sad: Burial Turned Bloody, One Killed After Politicians Cause Chaos

By Prince_Ke (self meida writer) | 2 months

A burial ceremony in Kisumu County turned into a bloody scene after Politicians differed publicly leading to chaos which left one dead. 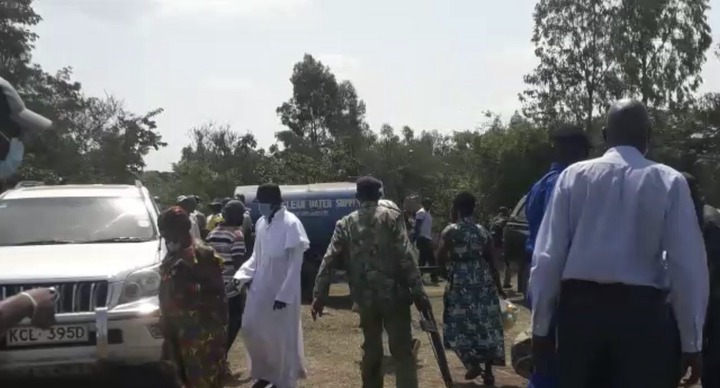 According to a report via Citizen Digital, the chaos erupted following an argument between the area MP Onyango Kayoo and the Speaker of the County Assembly of Kisumu Elisha Oraro over whom would speak last. 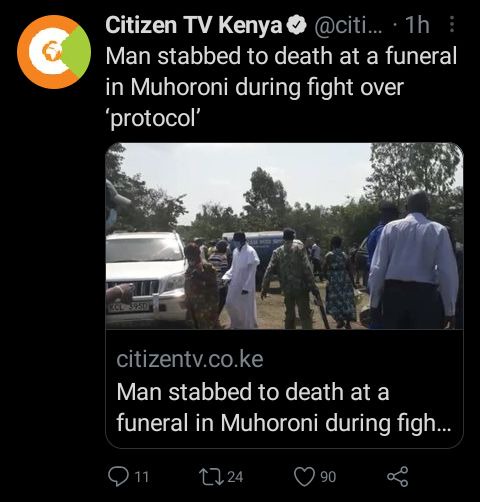 The MP got annoyed and stormed out of the burial. Youths who were irked by the program turned the burial into an ugly fighting arena.

A man was stabbed in the process and died after bleeding profusely. The other man who stabbed him tried to run away but the police were quick to respond. The shot him on the leg, disarmed, and arrested him.

Mourners were forced to run for their safety with the ceremony ending unceremoniously. The body of the deceased was taken to Ahero Sub County mortuary.

Former governor Ranguma and Kisumu Senator were among the leaders who were present.