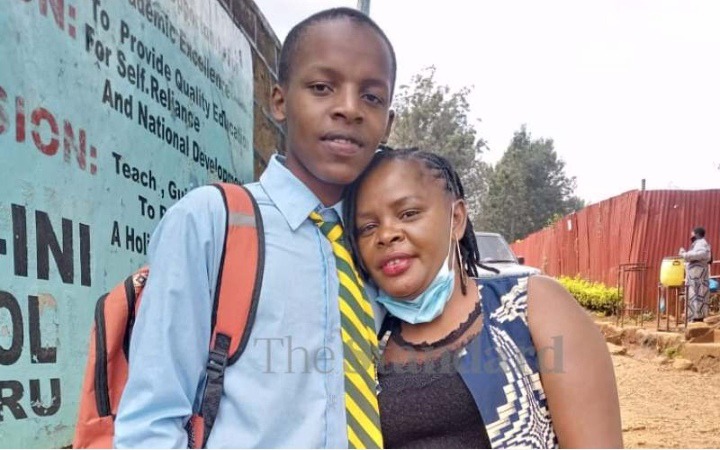 The mother of Brain Mbage, the 17-year-old student of Gathiruini Boys’ High School, who died after he was allegedly beaten up for illegally entering a dormitory at Komothai Girls’ High School in Githunguri, Kiambu County, has spoken out.

Mary Mbage is not convinced that the boy died as a result of injuries inflicted by a mob on Wednesday night. 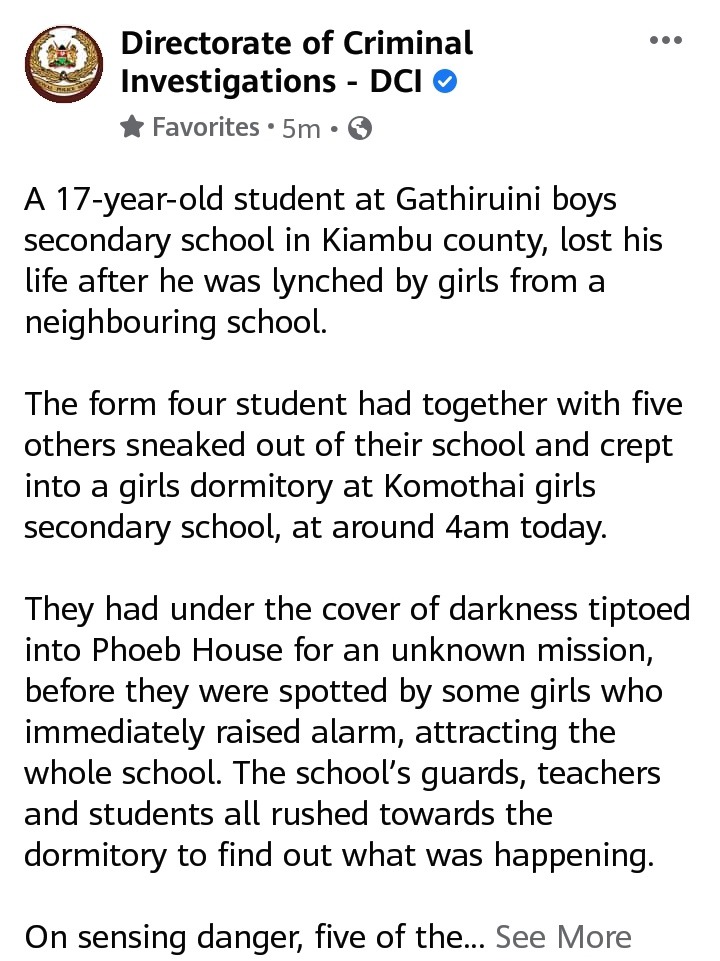 "I have seen the body of my son, and I am so saddened. The injuries on his body do not show any [signs of] beatings, but the ones on his head show he died from trauma,” said the distraught mother from her Ngegu home.

She says the school’s management told her that the boy jumped from the fourth floor and “that's how he sustained the injuries”.

Brian alongside five of his schoolmates had, on Wednesday night, allegedly forced their way into the neighbouring school, prompting the girls to raise the alarm.

He said five of the boys managed to escape, but the 17-year-old was cornered and beaten up by the group.

“He was rushed to the Kigumo Level 4 Hospital while unconscious, but died upon arrival,” he said.

Police visited the scene and collected wooden planks believed to have been used in the teeager’s lynching.

Githunguri Deputy OCPD George Kipkoros said the incident was under investigation and a team from the DCI was still at the crime scene recording statements from witnesses. 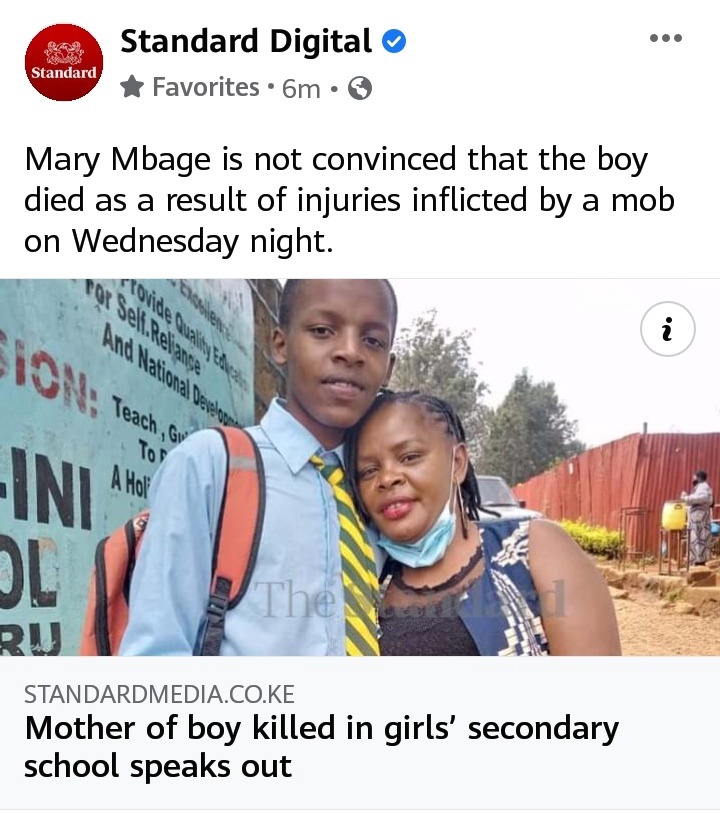