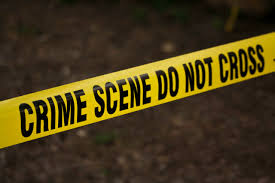 A man stabbed 60-year-old businessman to death over sh50 bribe in Nyamira County.

Police in Nyamira County are now tracing for the suspected killer who went into hiding after committing the heinous act.

"A vehicle packed in the area. The driver, Dennis Ombati Morara, pleaded with his dad Francis Okongo Morara (now deceased) to come and save him. The old man responded with his two other sons and 7 young men," police said.

The accused, said not a member of the rescue team, responded to the scene later and demanded that he be paid Ksh.50 shillings for assistance he offered.

"When the suspect's wish was not granted, he damaged the vehicle's windscreen before killing the businessman. He thereafter stabbed one of the deceased's son, inflicting grievous bodily harm on him," police told the press.

The family of the victim, Francis Okongo Morara, is now crying for help. The injured was rushed to Kisii Referral Hospital with the body of the deceased transferred to Nyamira Hospital morgue pending autopsy. 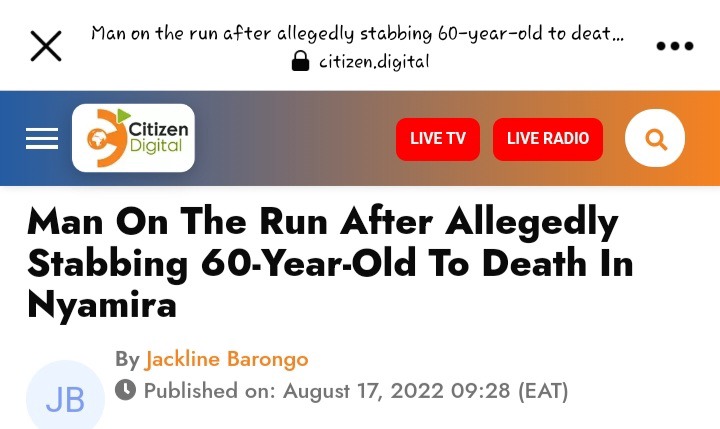 Meet The Dangerous War Chopper Made In Africa, See Photos