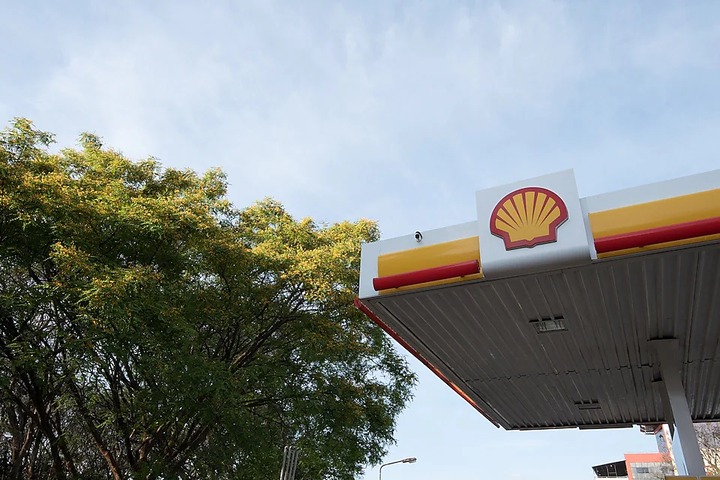 A video has been posted on social media of two armed robbers who were caught on camera yesterday evening robbing at a Shell petrol station believed to be in Shanzu area, Mombasa County. 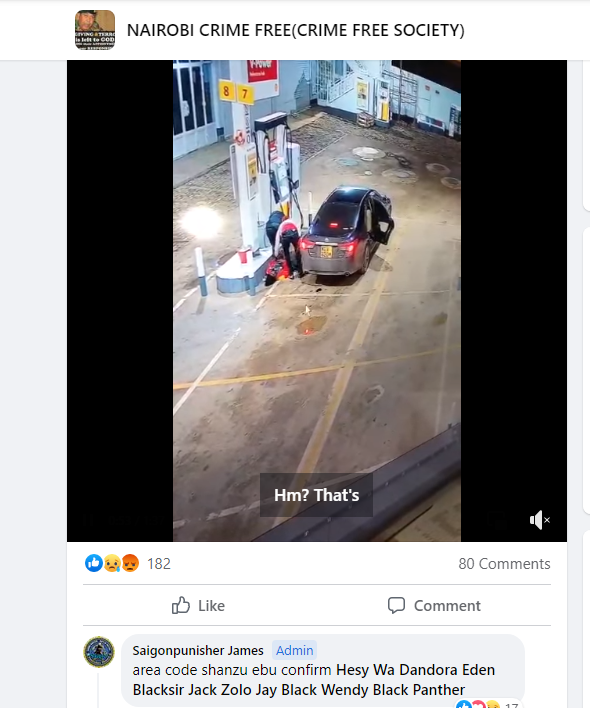 Screenshot from the video/ courtesy.

According to the VIDEO caught on the station’s CCTV, a black saloon car pulled by the petrol station for refueling. A male attendant in the station approached the car and began refueling it. 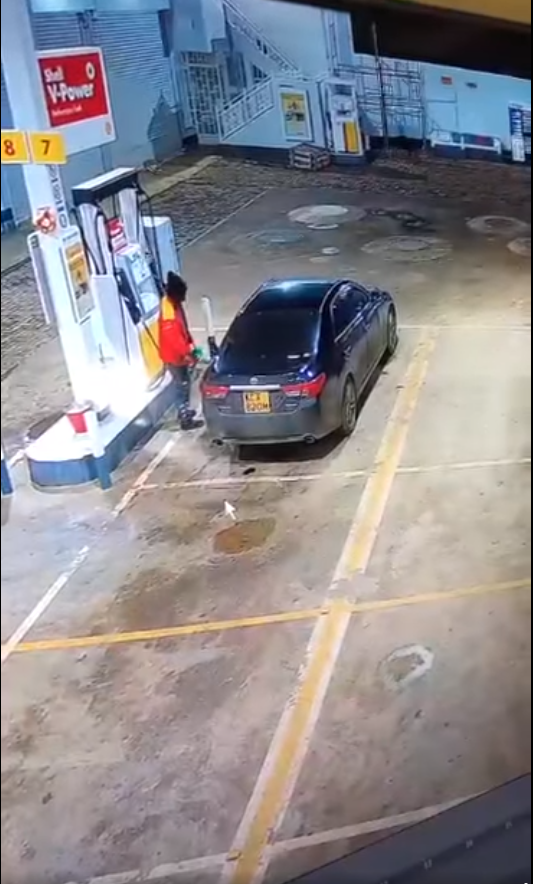 Moments after the car had been refueled and the attendant was replacing the lid, two male individuals emerged from the car’s front passenger seat and the back seat respectively while wielding guns.

They accosted the poor attendant at gun point and ordered him to lie down as they immediately begun ransacking his pockets, taking away what is believed to be unknown amount of money and other valuables belonging to the victim. The robbery took approximately one and half minutes before the car drove off from the station.

This seemed to be a well calculated move by the robbers as no one else was visible at the station during the robbery. 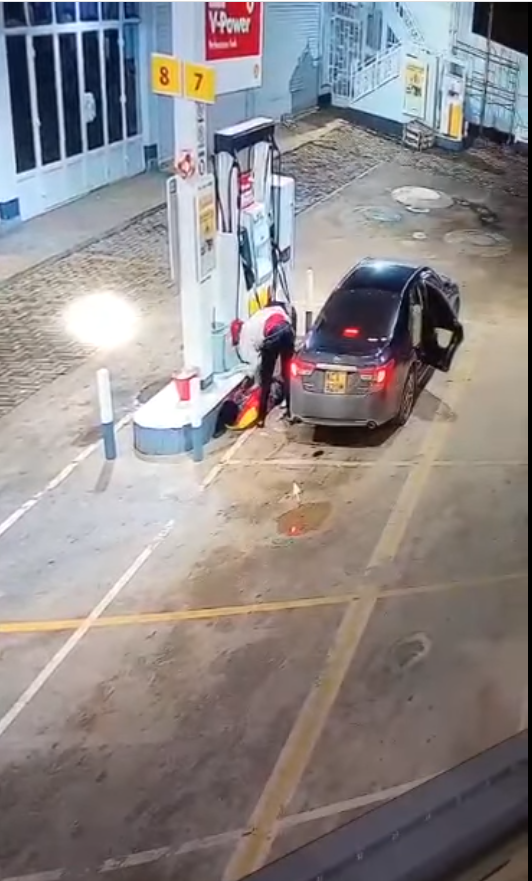 Luckily, the victim managed to escape alive with minor injuries.

Police believe the car being used by the robbers may have been stolen or hired. 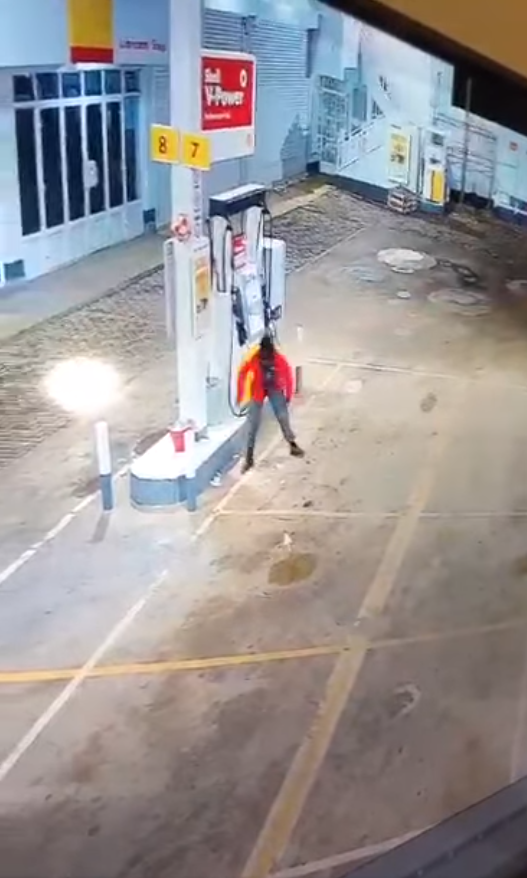 According to famous crime buster cop Saigonpunisher James, a witch hunt for the suspects has been launched, even as pictures of the same car have been shared after it was spotted in various parts in the Shanzu area, with reports that the occupants continued waylaying pedestrians and robbing them off their valuables. 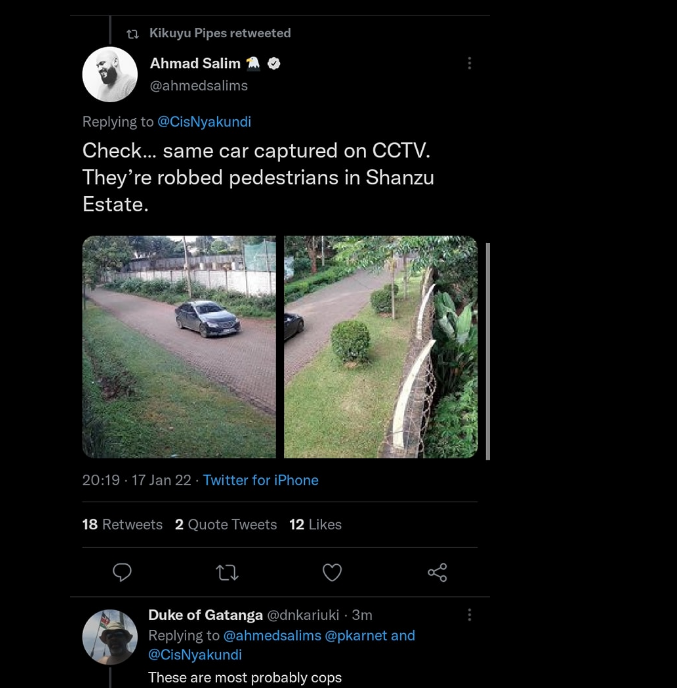 Si Tulisema Tu, Harmonize Over The Moon Again After What Kajala Finally Did to Him

'Taji Wajesus Is Currently Obsessed With Wild Animals.' Kabi Says As He Flaunts This Video Online