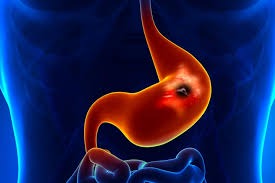 Stomach ulcers are open sores that develop within the lining of your stomach.

According to a team of doctors, there is no specific diet that a person with ulcers needs to follow. Food choices usually don’t cause ulcers or make them worse.

Current diet recommendations that are based on research have found that certain foods may have ingredients that fight against the bacteria Helicobacter pylori which the main cause of stomach ulcers.

The main cause of stomach ulcers is linked to a bacterial infection known as a Helicobacter pylori (H. pylori) as well as the chronic use of over-the-counter nonsteroidal anti-inflammatory drugs such as ibuprofen and aspirin.

What should you eat if you have a stomach ulcer?

Since the H. pylori bacteria is now known to be the vital cause of stomach ulcer formation, scientists have explored on the foods that may have a role in fighting against an H .pylori infection.

Eating these foods may also be helpful against the ulcer-causing bacteria:These foods are

> Leafy greens, such as kale, spinach,managu,saaga.

> Olive oil and other plant-based oils such as avocado oil

Ways In Which These Particular Foods Help

Foods such as bell peppers, blueberries and cherries are packed with powerful antioxidants. Leafy greens such as spinach and kale contain B vitamins and calcium.

Broccoli contains sulforaphane; which is a compound that exhibits major anti-H. pylori activity. Research conducted has shown that the fatty acids contained in olive oil aid in treating an H. pylori infection.

Fermented probiotic foods such as plain/natural yoghurt have shown promise in clinical studies for the treatment of stomach ulcers and in preventing reinfection.

Foods to limit when you have stomach ulcers

Foods that may make stomach ulcers worse are :

> Acidic foods, such as citrus and tomatoes

Untreated stomach ulcers could lead to more serious problems such as internal bleeding and stomach cancer.Therefore,it is important to seek medical treatment and adjust your diet if you get stomach ulcers.

7 Fashion Mistakes That Can Cramp Your Style