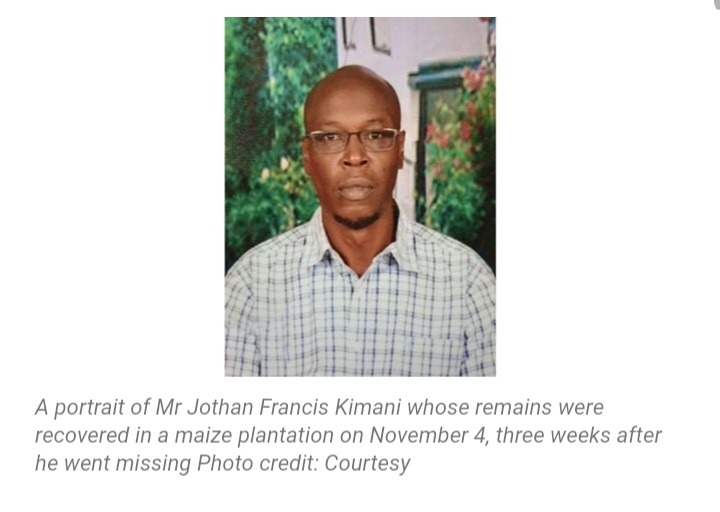 The death of a man whose skeleton was found two weeks after he went missing in Njoro sub-county continues to worry his family.

Ms Peris Njoki Mburu and her family now seeks answers on what led to the death of Jothan Francis Kimani, 43, whose skeleton was found in a maize farm a few miles from his home in Piave estate, Njoro.

Mr Kimani, the last-born in his family, stayed alone on his farm. He reportedly left his room on Friday, October 21, but never came back.

Family members who were unable to get on phone, became curious.

Ms Njoki said she trekked to Njoro on Monday, October 24, to trace her brother. She was flanked by her two sisters, Esther Muthoni and Grace Wanjiku, but there efforts proved futile.

The following day morning the sisters recorded a missing-person report at the Njoro Police Station.

But on November 4, she got a call from the area administrator, who told her that somebody had discovered a human skeleton.

The chief wanted her to prove whether the skeleton were of her brother.

Sleuths collected the skeleton and moved it to the Egerton University mortuary, where they analysed it before conducting a DNA test. 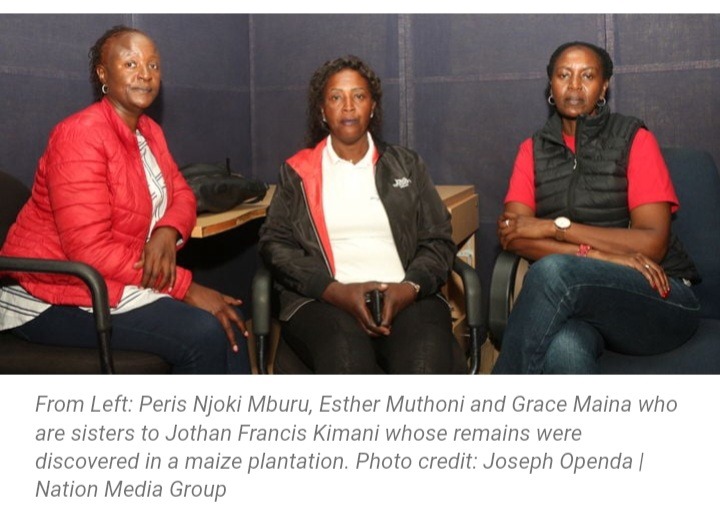 Autopsy was done on November 7 to unravel the root cause of his death.