Rip, Shock After a Bull is 'Arrested' For Killing a Woman, Owner Also Arrested

By KarehNewz (self media writer) | 1 month ago

A bull nicknamed 'Tusker' from Kakamega County has been detained after killing a woman. 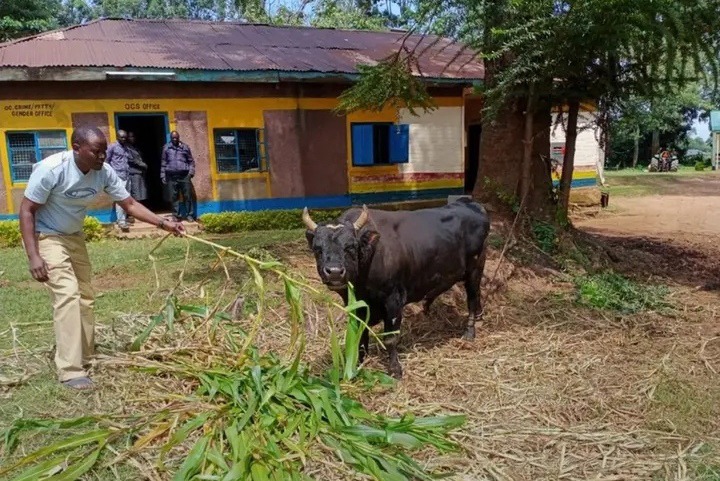 According to sources, Tusker broke loose and charged at three women where it trampled one of them to death as the owner was driving it back home.

The deceased is alleged to have been attacked by Tusker as she tried to flee from the scene.

The 60-year-old woman was unable to flee and that's how she ended up being attacked and killed by the bull.

The area police officers were alarted and they arrived at the scene immediately where they arrested the bull and the owner.

According to police boss, the owner of the bull had tried to negotiate with the family of the deceased to settle the matter but they declined his offer.

According to the residents, cases of bulls killing people in the area has really increased to a worrying number and they request for the problem to be solved.

The body of the deceased was taken to a local hospital morgue awaiting for postmortem examination. 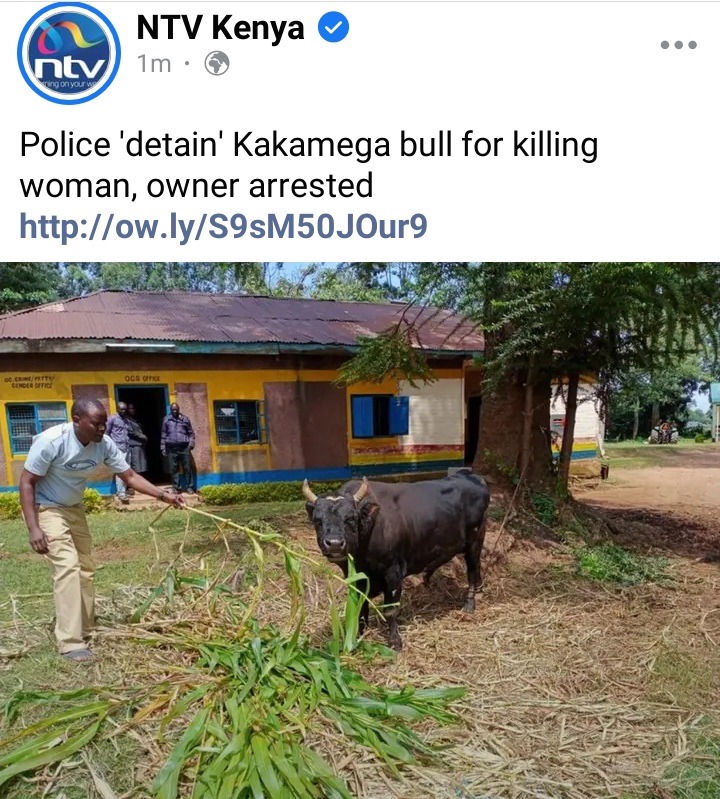 Update Of The Condition In Kondele, Kisumu County(Photos)