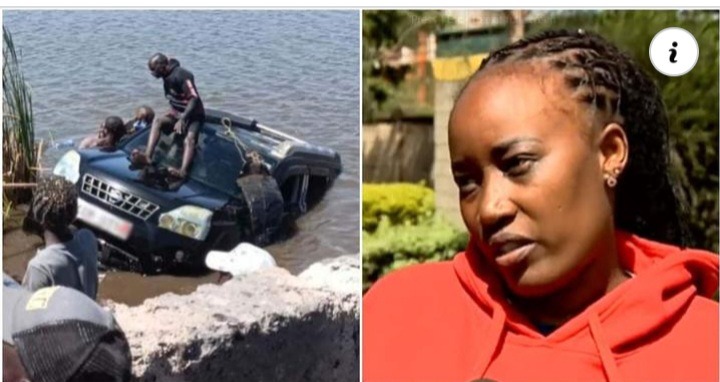 Margaret Kiiru said she called her husband asking him what he would like for dinner.

According to reliable reports, the wife of the man said her husband left home for work, called at around 7 pm on Monday and said he was attending a meeting.

“My husband left home for work on Monday morning, and we spoke in the evening around 7pm. He said he was in Juja for a business meeting, I asked what he would want for dinner and that was the last time we spoke,” she said.

Sarah said the husband, who was enjoying some roasted meat in Juja, replied that he would be comfortable with anything.

The lovebirds were making merry inside the man's car which they had parked near the dam before the incident occurred on Tuesday evening.

According to witnesses, an argument broke out between the two and the man ignited the car and reversed into the dam.

Eyewitnesses reported that the car arrived at the dam on Tuesday evening and the two occupants did not alight from the vehicle.

The vehicle later began moving towards the dam at a slow speed. 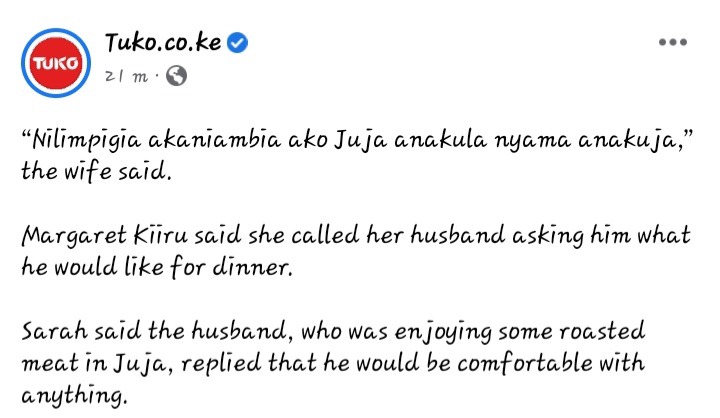 Locals have expressed concern over the safety of the area, with many calling for the dam to be fenced in order to prevent future accidents.

Some residents called on the relevant authorities including the Kiambu county government to ensure the dam is fenced to avert such incidents.