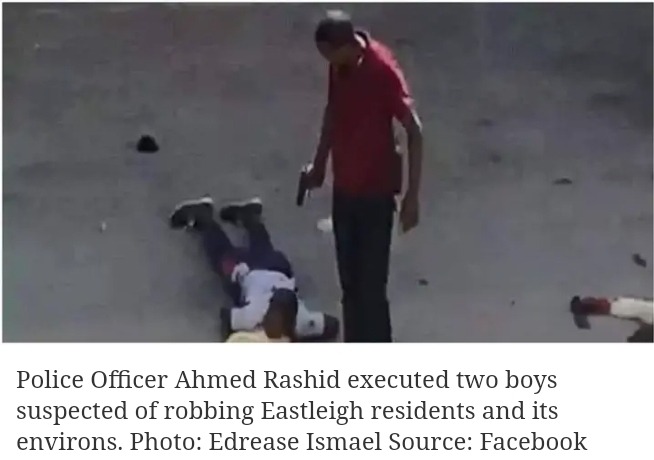 Controversial police officer Ahmed Rashid, who has for years run one of the most feared police squads in Nairobi accused of carrying out extrajudicial killings in the slums, is finally set to have his day in court and charged with murder. The killer police was pictured when he shot two Eastleigh-based suspected robbers in broad daylight. 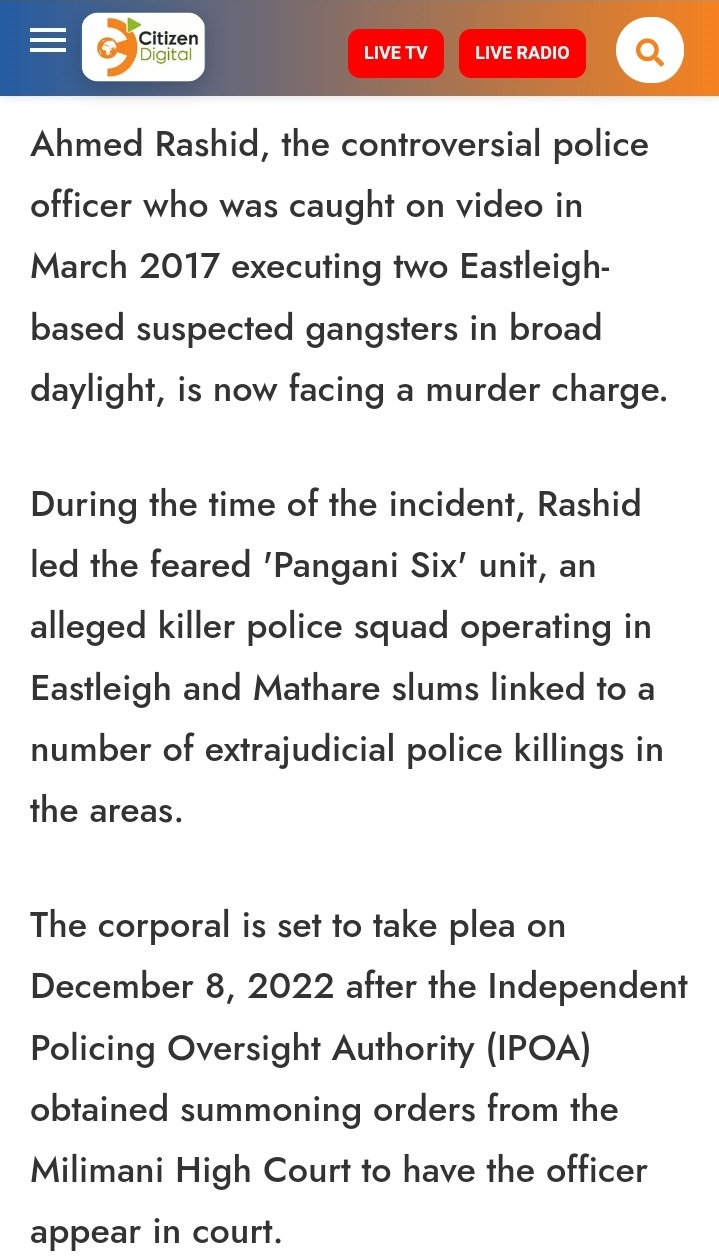 Nairobi crime buster Ahmed Rashid is facing murder charges over the killing of suspected criminals named Mohamed Dahir Kheri and Jamal Mohamed who were suspected of being involved in a spate of crimes withinside Eastleigh. On Wednesday, hundreds of the Eastleigh residents protested outside the Milimani Law Courts demanding that officer's murder charges be dropped by the authorities. 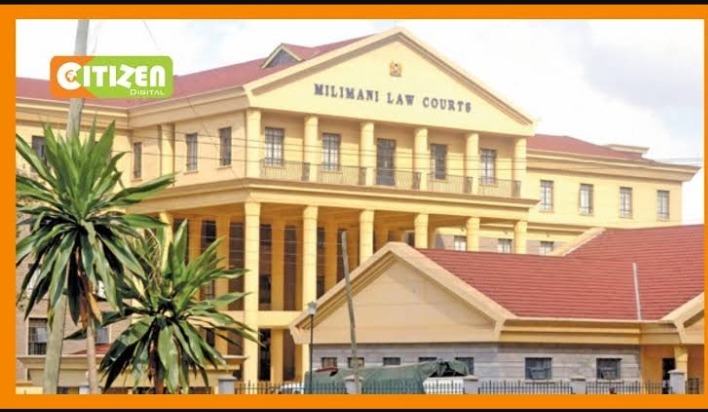 According to reports from Citizen, Eastleigh Business Community (EBC), which has a membership of 24,000 people now wants the Independent Police Oversight Authority (IPOA) and the Directorate of Public Prosecutions (DPP) to drop the charges against Ahmed Nasir Rashid. Source, Citizen. 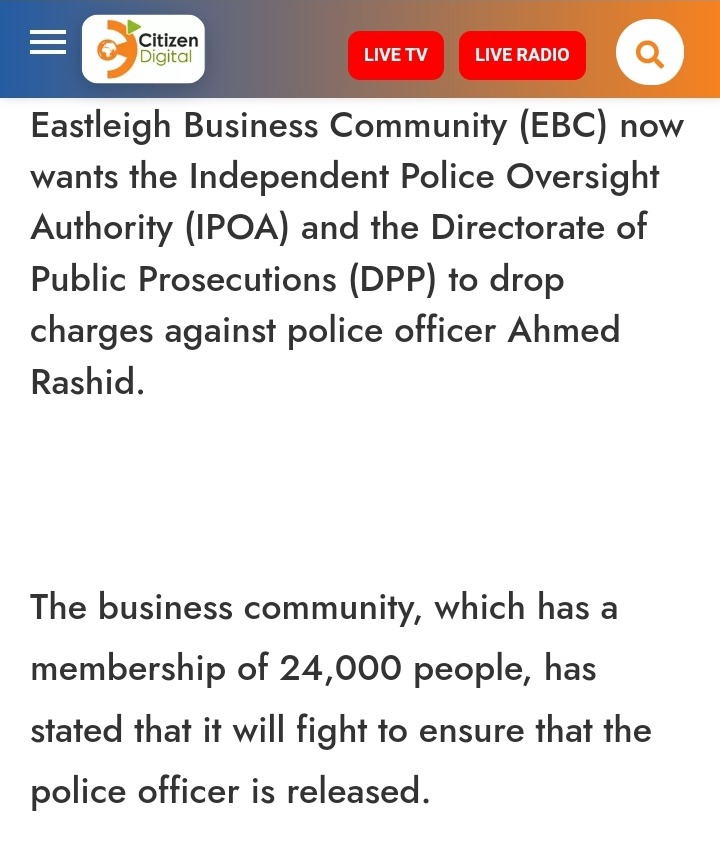 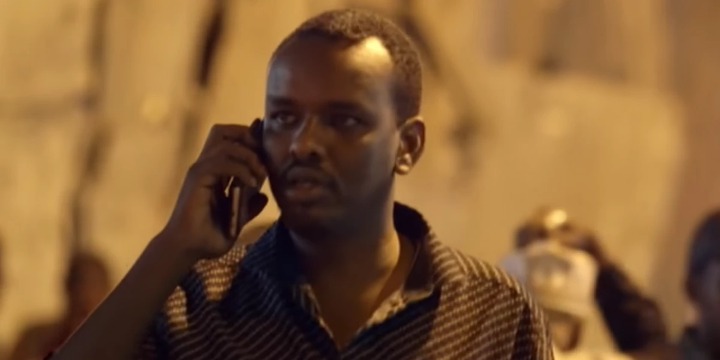