By NewsCreator4 (self media writer) | 19 days ago

“My wife and son were heading to Nakuru Level Five Hospital to visit an ailing relative. Minutes after taking a Bodaboda to get them to the bus stage, they were knocked down." A man has tearfully given an account of how his dear wife got killed by a police car. 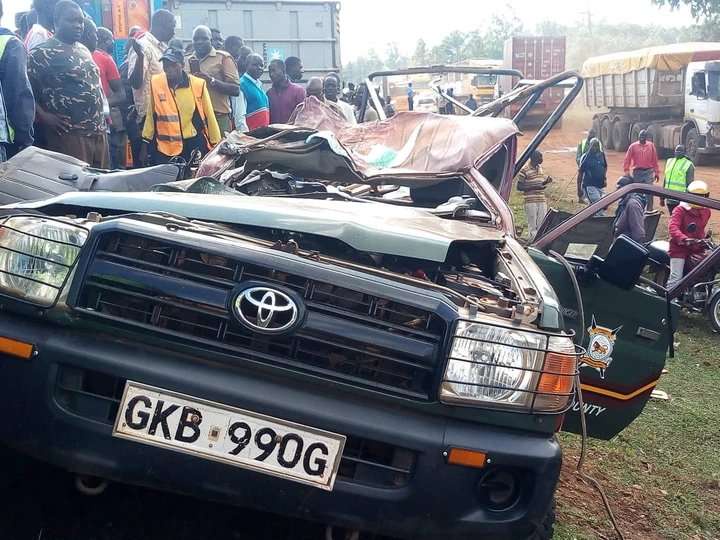 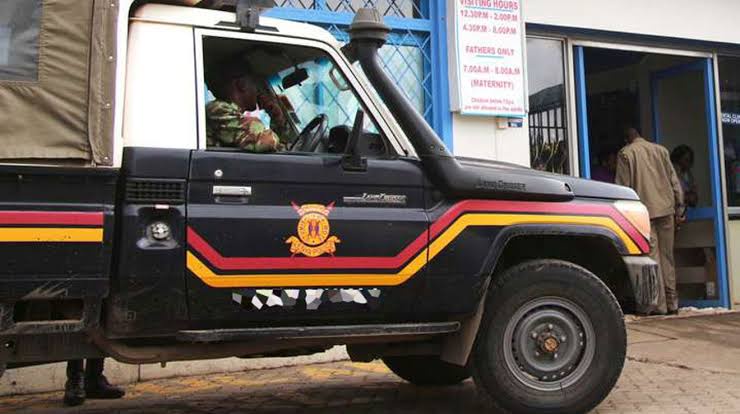 The policeman was making wrong judgments. Even after seeing what he had caused, he went on blaming the motorbike rider as the people crowded at the scene. The drunk policeman is said to have delayed blaming the Bodaboda rider instead of rushing the injured son and mother to the hospital. 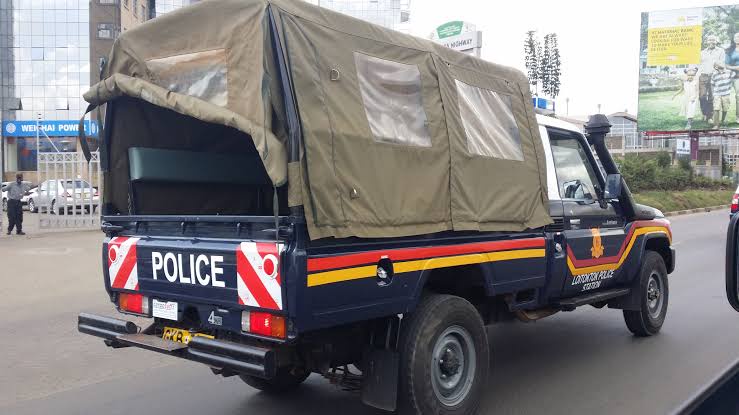 After, the policeman was reprimanded by the people at the scene. The policeman took the badly injured mother and son into the car and started driving them to the hospital.

It is sad that the policeman used the routes whose roads were damaged with potholes and bumps. He did not pay any attention to the injuries that the woman and her son had. This ended up hurting more.

According to the doctor who handled the two victims, the woman had bad injuries in her circulatory system. Poor driving could have caused her more pain and injuries. The doctor said that they tried their best, but the woman died. The son also had injuries that were swiftly attended to, and he survived. 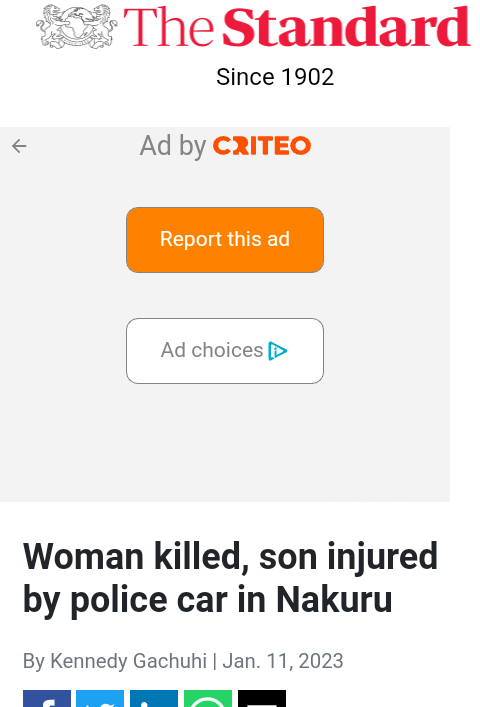 The man said that even after the policeman took the wife and son to the hospital, he did not make any follow-up. It is the man who paid the bills, and his efforts to get in touch with the policeman failed. The man now appeals for justice.