By MrAnchor. (self media writer) | 6 months ago

Police in Isiolo arrested a suspect on Thursday February 11 and seized a G3 rifle following a shootout with armed bandits while on a mission to recover 187 stolen goats.

The officers, including those from General Service Unit and conservancy rangers, were ambushed by bandits while within Sarova Shaba National Game Reserve area where the stolen animals were reportedly driven to. 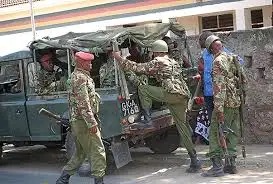 According to reports, the attackers are said to have fired indiscriminately forcing the officers to respond.

Isiolo County Police Commander Joseph Kigen said a 45-year-old, Letikiyo Lesonoi from Losesia in Samburu East was arrested and is being interrogated.

"He is in custody and will be arraigned today," Mr Kigen said. 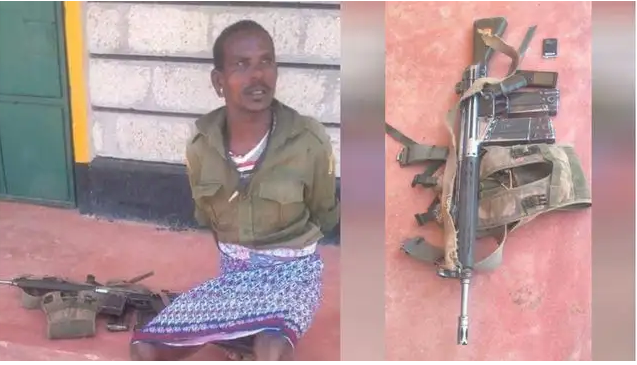 The suspect was wearing a camouflage jacket similar to those of conservancy rangers presenting a likelihood that the bandits were colluding with rangers in their banditry activities.

The police boss stressed on need to arm the conservancy rangers to complement police efforts in dealing with banditry and help secure wildlife by averting poaching.

He said none of the officers was injured during the 1:30PM incident and that some of the criminals escaped with gunshot wounds.

Local health facilities have been asked to report anyone seeking services with gunshot wounds.