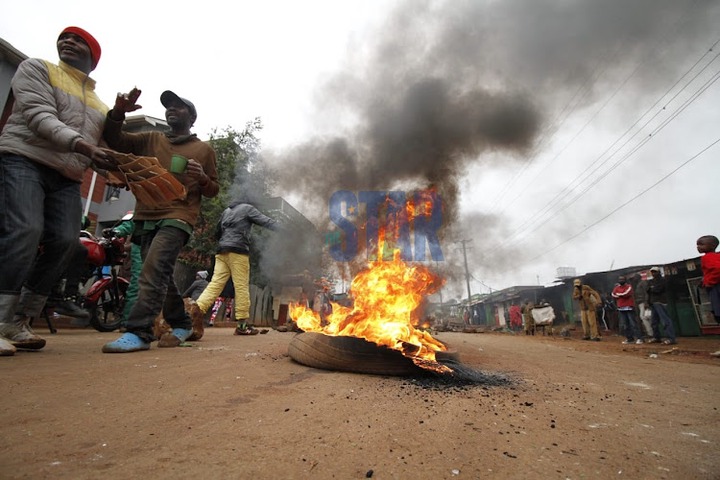 New details have emerged concerning the three men involved in a tragic incident where a rogue officer killed his wife and later committed suicide after shooting out at bodaboda riders. The three men have now been disclosed to have been from a funeral where they had attended as mourners. The police have started their investigations. 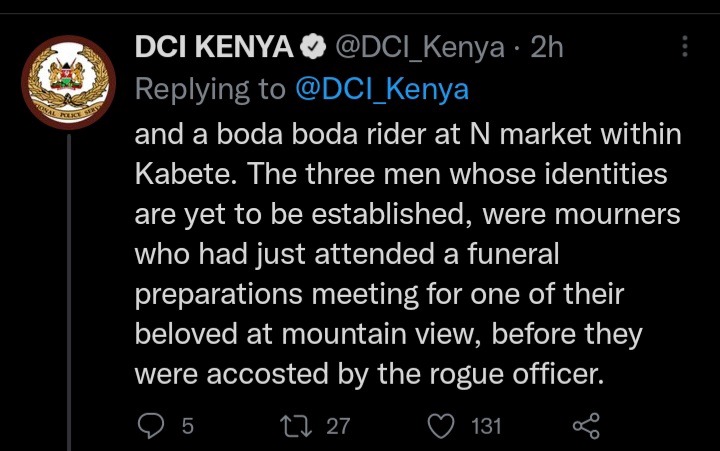 Six people have been confirmed dead and two others are in critical condition after a police officer went on a killing spree early this morning in Kabete, Kiambu county. Police Constable Benson Imbasi, who later committed suicide by turning the gun on himself, had first killed his wife by shooting her on her neck before he walked out of his house and started shooting at innocent members of the public frenziedly.

In the sad incident that occurred today at 3 am, the cop gone rogue who was wielding an AK-47 assault rifle also killed three young men.