The family of Wanjira Kabisa Kiboi and Sharleen Wangari Kibura all from Komarock zre currently searching for the two missing girls who are reported to have gone missing on the same day after being spotted last in Kayole, Masimba stage. 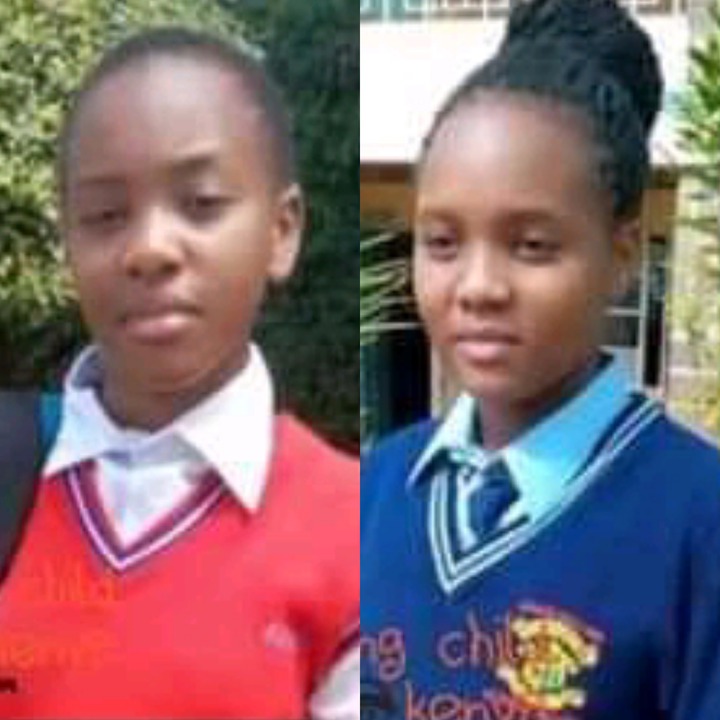 According to the reports given by the family and friends of missing girls, they revealed that the two had gone out with some friends a few days before they could go back to school for the reopening.

However, the family decided to file a missing person's report after they allegedly failed to go back home on the same day where friends who saw them last revealed that they were last seen with a couple of other friends after which they parted ways leaving the two.

This was followed by a dramatic scene after all the friends and family members of the missing girls went in search of the two to every possible location they could think of In attempts to find the two who are said to have disappeared.

Due to this reason, they have appealed with Kenyans who might know the whereabouts or have seen the two girls to make sure they report this to the nearest police station for more investigation and questioning because as far as they are concerned, they don't know where the two are.

This incident has since sparked a lot of mixed reactions from Kenyans who seemed to have been confused on why there was an increasing number of missing kids and grown ups due to the daily reports of missing people.

With a section of Kenyans claiming that maybe the two were just at their friends place, others went ahead and urged them to contact the director of criminal investigation to help them in their search. 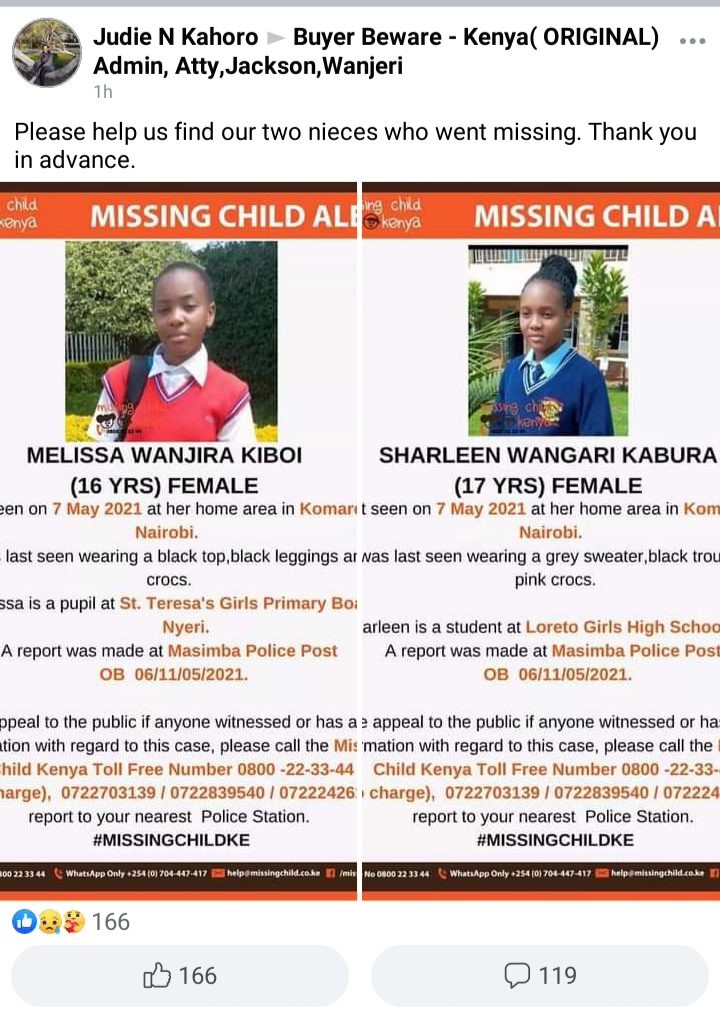