Calvis Otieno a married man ho work as a receptionist at a private hospital in Kirinyaga Country left locals in disbelief after he killed his own daughter aged 4 years, then hanged himself on the roof.

According to the police officers' reports, Calvin Otieno had misunderstandings with his wife Waiguru, a police officer based in Kirinyaga police station.

Calvin took his daughter when his wife wasnt around, traveled seven kilometers away from their home, booked a room, forced his daughter to swallow a farm chemical which was harmful to her, she died on the spot. he later on hanged himself on the roof.

According to Mwea East police constable Daniel Kitavi, Calvin had domestic issues with his wife.

Added up saying Calvin used to love his daughter so much and sometimes he would go with her to his workplace spend the whole day there, they were very close and that might be the reason he decided not leave her behind.

Mr. Daniel Kitavi urged parents to solve their domestic issues in the right manner rather than involving children in their misunderstandings. 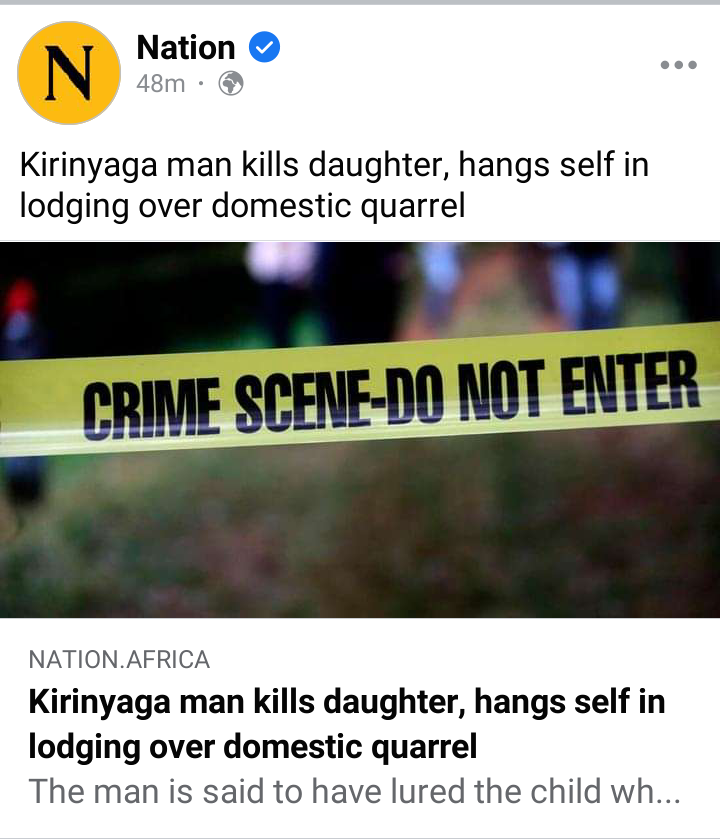 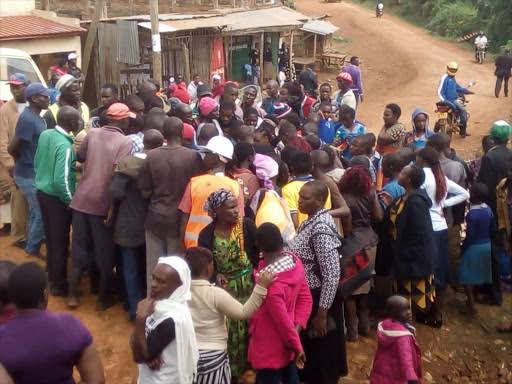