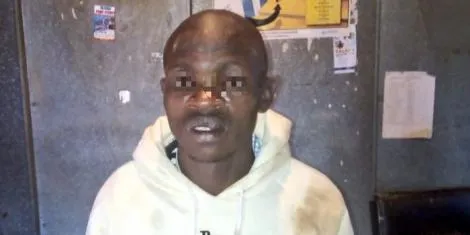 New information about Paul Morara, the suspected killer identified by the Directorate of Criminal Investigation (DCI), has continued to emerge.

According to DCI, he joined a cult in 2013 that promised to compensate him for every woman he killed. He was supposed to reveal the woman's pants to establish the murders.

He fell deeper into it according to another confession he made which was witnessed by Nation after being introduced to another Church that supported the killings by a buddy.

According to reports, the church used to fund him with Ksh30,000 for each murder. He enthusiastically accepted the offer and began working on the project. 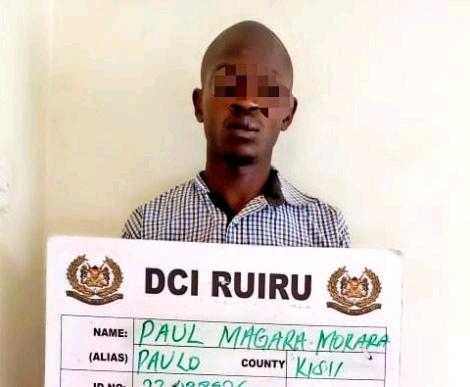 "A friend introduced me to the church last year where every killing was rewarded with a quick payment of Ksh30,000." In the confession, Morara added, "I was informed women were the simplest to kill."

He did not reveal the name of the alleged Church, but investigators have initiated an investigation to see if what he described was true. This confession is identical to what DCI said after apprehending him on Thursday, October 14, on their social media page except they called it a cult.

"Additional investigations have found that Magara joined a cult in 2013 that promised to pay him for every woman he killed. Surprisingly, revealing a woman's underwear was used as evidence to demonstrate that he deserved to be paid. "However, following a Ksh30,000 down-payment, he was double-crossed and continued with the horrible attacks," DCI said.

Justus Ombati, the Ruiru District Criminal Investigation Officer (DCIO), has stated that inquiries into the church and the entire cult have been initiated and taken into regard.

"Investigations are looking into a Nairobi church contracting the killer for a fee," Ombati said.

Morara was regarded by the DCIO as a possessed individual who showed no remorse. And he did all this because of poverty.

Two of the three victims he admitted to killing were his neighbors. We apprehended him together with three other people who had direct ties to the murders," Ombati said".

“When the initial occurrence and additional murders that were identified were reported, we set out to investigate and profile the suspect,” he continued. We're relieved that we've made progress."

According to the confession, he committed his first murder in January of this year and then went on to carry out further operations. Two more women were killed in four months after that killing before he was apprehended by law enforcement agents.

“After the first murder, I felt compelled to commit more. I became inhuman and spent most of my time plotting how to murder," he explained.

The 29-year-old had been on the investigators' wanted list since 2020, but he had hidden his identity by adopting the moniker Mkisii.

He and his crew were apprehended after breaking into a house in Magorofani Kiambu County to kill two sisters aged 18 and 19.

They stabbed one of them and took their phones with them. The phones were utilized by the cops to track them down.

Morara took the detectives to the Watalaam region in Ruiru on Friday, October 15 where he slaughtered some of his victims. When the enraged neighbors saw him, they began yelling for his blood prompting the police to use tear gas to disperse them.

Residents claim that the neighborhood has served as a haven for most serial killers. They want the government to beef up security and patrols in the region.

A Ruiru court ordered the detectives 14 additional days to complete their investigations to uncover the entire assassination spree and reveal the Church's identity. 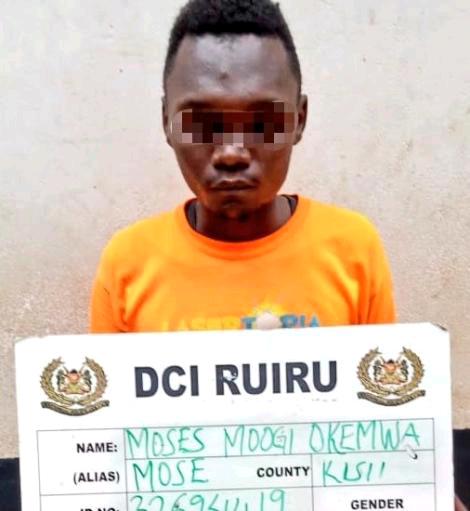 These cases of people being killed have surpassed a day after another man called Masten Wanjala who was aged 25 years who was reported also killing 13 children in Nairobi, Machakos and Bungoma. He was also killed by a mob after he had escaped from cell. Let us pray for the suffering families may God abide you and give you peace.