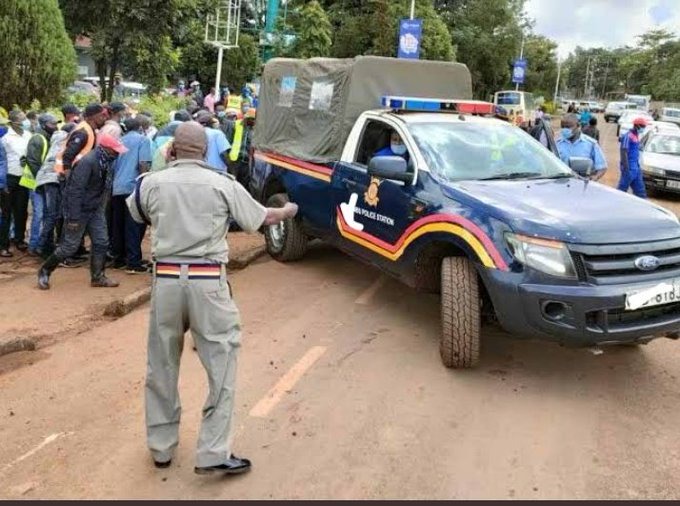 Tuesday 7th December was a bad day for 5 people who were killed by a police constable who went on a shooting spree in Kabete,Kiambu county.

According to DCI Kenya as posted on their twitter, Police Constable Benson Imbasi  killed his wife Carol and 4 other people including 2 boda boda riders before committing suicide.

Reason for the constable to go on a shooting spree were unclear with neighbors who knew him claiming the two(Benson & Carol) have been having issues for some time now, with Carol moving out severally due to Benson’s infidelity. Some neighbors said that both Carol and Benson were cheating on each other. 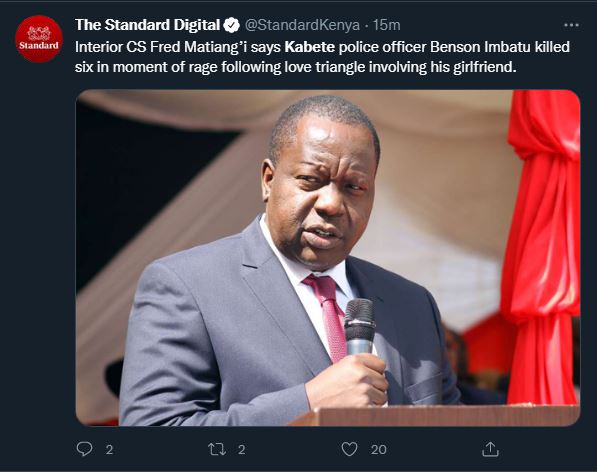 The incident resulted to an early morning protest in the area, with boda boda riders baricating roads and lighting fire as they demanded answeres as to why the police officer did what he did.Families of those who were killed in the spree have cried in pain as they ask government to help them.

SO SAD As Two Students Drown In River While Taking Photos

List Of Top 5 Richest Kenyans And Their Estimated Net worth.