By MrAnchor. (self media writer) | 4 months ago

Incidents of domestic violence among couples have been on the rise in the last few months with couples killing each other over small differences in their unions.

A police officer who in August 2020 shot his girlfriend six times following a disagreement outside Laare Police Station in Meru County has died.

The body of Constable David Nyamweya, who was attached to Mutuati Police Station in Igembe North was found floating in River Kathita, near Meru town, on Saturday afternoon.

His identity was revealed after crime scene investigators found an interdiction letter dated January 2, 2022 inside his pocket. Police are, however, investigating whether it was suicide or he was killed and his body dumped in the river. 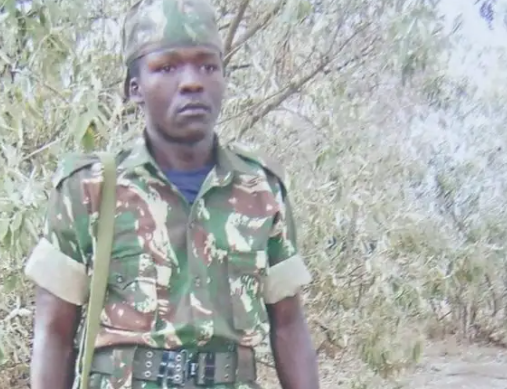 Residents who were on picnic spotted the body and notified Magundu Assistant Chief Joseph Mutuma who then called officers from Meru Police Station who, together with the local fire brigade, retrieved it.

Mr Nyamweya, 28, was set to attend a police disciplinary hearing in March for misuse of a firearm following the shocking attack on Ms Everlyne Njoki who luckily survived the August 22, 2020 shooting incident.

The body of the deceased was taken to Meru Level Five hospital mortuary for post-mortem. 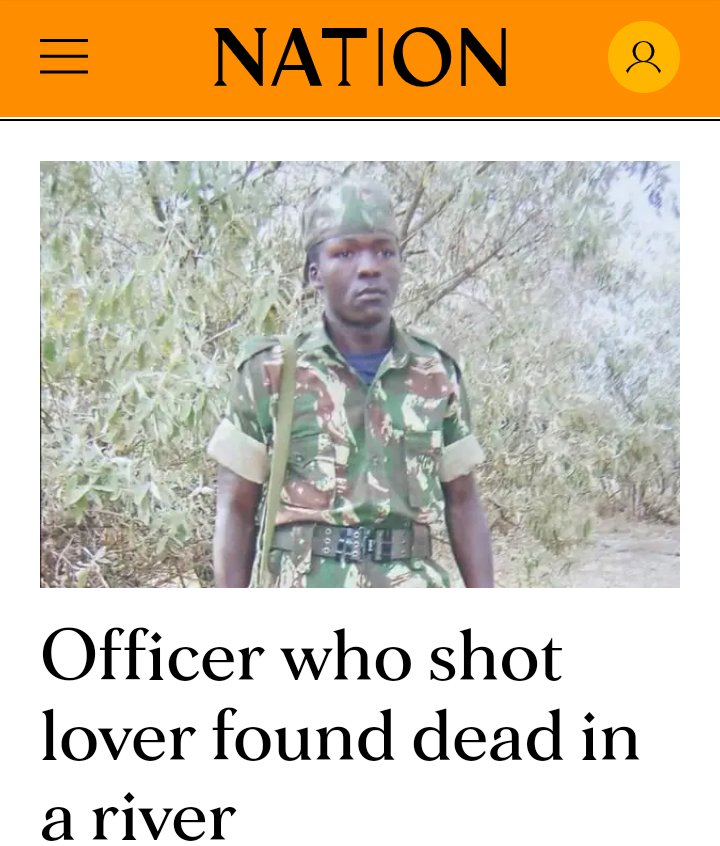 What Notorious Thug Did To Tourists In Kisumu, Leaving Them Confused Causing Uproar[VIDEO]

Do You Know Him? He Doesn't Speak But Can Hear, Kindly Report To A Nearby Police Station