A police station in Busia was deserted after a a venomous snake they had detained at a holding cell in the police station allegedly vanished. The incident which happened earlier in the day caused a stir and panic among the senior police commanders and junior officers who feared the snake might have entered into the police station's offices. 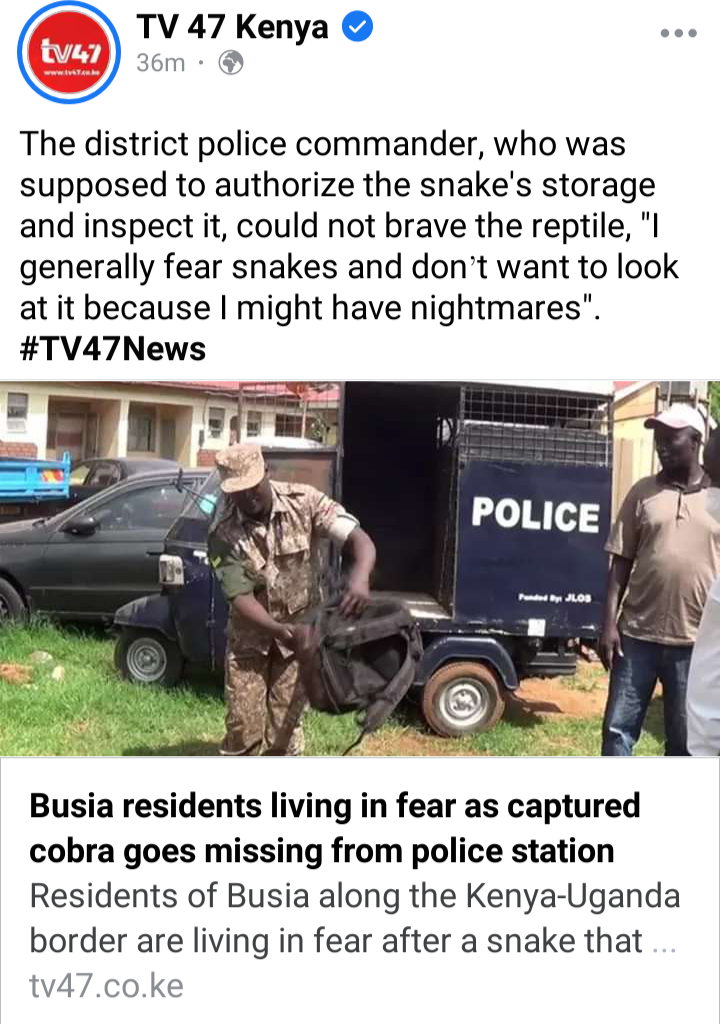 According to TV47 digital news media, the snake was detained from a smuggler who was allegedly bringing it across the border from Uganda in a smuggling mission. He was stopped by officers at a roadblock only to flee his car and abandoned the snake which was in a green bag inside the boot of the car. 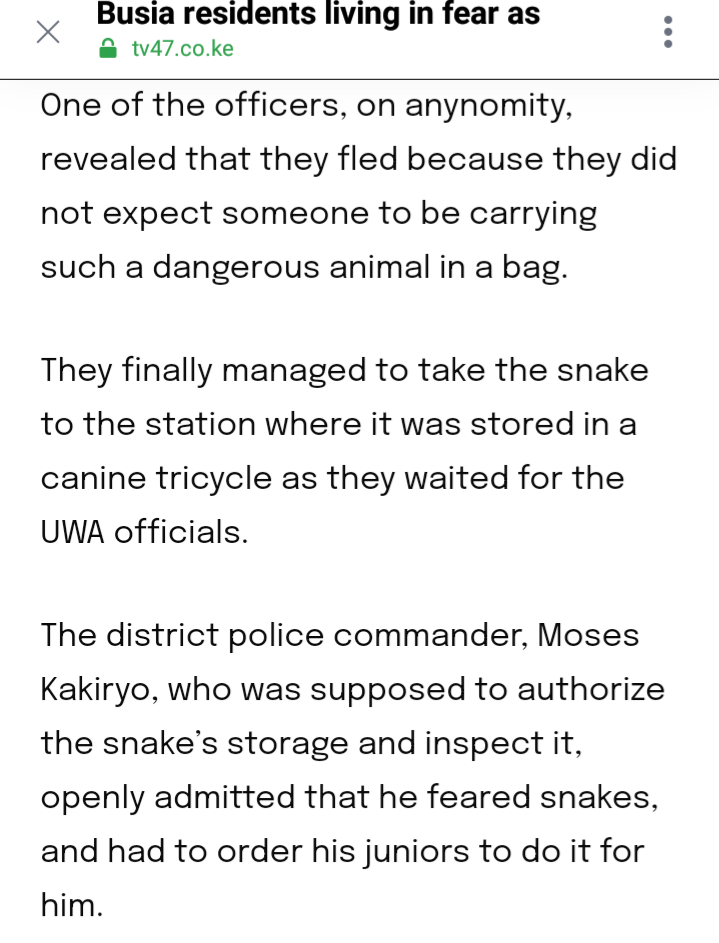 The police commander Moses Kakiryo confirmed the report and further added that the snake vaniched from a temporary holding cell in the station. They feared that the dangerous snake could have sneaked out of the bag and entered the expansive building which consists of various offices including the OCS.

Ensure to follow my profile for trending articles and breaking news as they happen.... 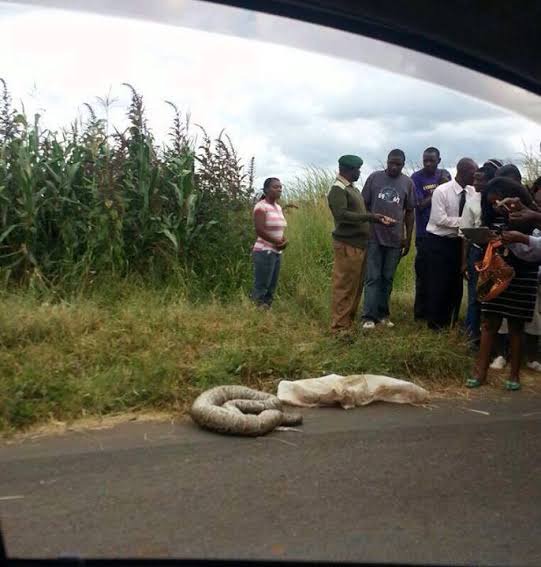 Commissioner Orders Arrest of Bungoma Governor For Threatening A Journalist

Teenage Boy Kills His Father Because He Sold His Chicken.

Nigeria: Mother Accused Of Selling her Kids for ksh 78,000 Arrested

How Another Student Has Ended Up Killing His Biological Father.