By #Hotnews (self media writer) | 10 months ago

Kenyans have elicited mixed reactions after the Father To the Late Masten Wanjala now came out with a special plea to the Kenyan Government after his son was killed by the Mop after escaping from prison.

The self Proclaimed serial killer Masten Wanjala escapes from prison on Tuesday under unclear circumstances which instilled fear among the members of the public. But according to reports, some Residents in Bungoma saw Wanjala on Friday morning who organized people to chase after him.

It was Alleged that he run and hid in the bathroom for one of the homes before being flashed out and killed in a broad daylight.

According to Citizen Television, Robert Wanjala who is the father to Masten Wanjala now wants the Government to help buy burry his son citing that he is no any capability of burrying him.

This rubbed some Kenyans the wrong way as they claim such a person doesn't even deserve a decent burial. They cited that he should even be thrown away into the river because of the inhumane act he committed.

Others however sympathized with the father and called on people to respect the fatherly love and give him a chance to accord his son a decent burial.

"Fatherly love should be respected no matter how his son was, those of you who are yapping here don't assume that those kids you're raising are saints." One Commentator Reacted. 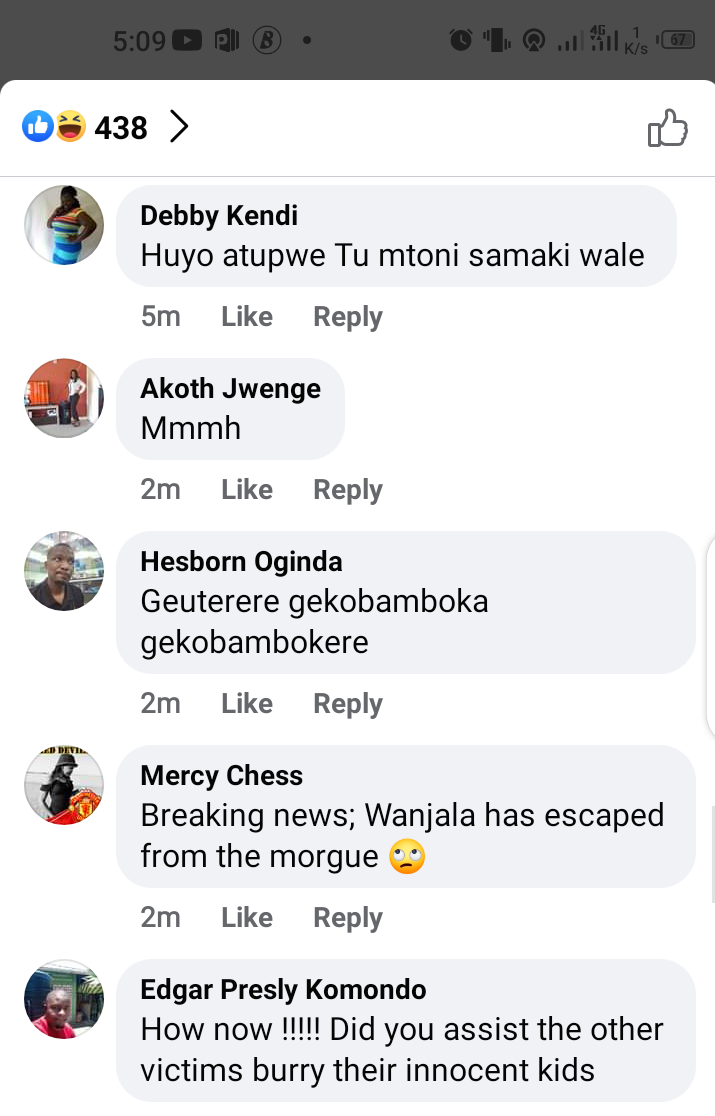