A middle-aged man in Kwanza sub-county, Trans Nzoia County is supposed to face the law after he was caught in the act with a 14-year-old schoolgirl, the man took advantage of the young girl because her mother was not around.

James Odero who is the police Commander in the area said that the suspect was withheld to prevent being victimized by an irate mob. He is also awaiting to be taken to court for misconduct in society, meanwhile, the young girl is in hospital undergoing some medical tests.

Apart from that, the area police commander has raised an alarm over the increasing number of defilement in the area, he has sent a warning to parents who tend to work hand in hand with suspects so that they evade the full wrath of the law.

Parents who are fond of exchanging money with suspects so that the evidence may not be provided have also been warned against doing so because they will also land themselves in trouble.

The victim's mother said that she noticed all was not well when she saw her daughter bleeding, the man had carried her to a Maize plantation and defiled her badly when she was away searching for casual labor.

The 14-year-old girl later revealed what transpired when her mother was away, the police later went into a manhunt that ended in catching the suspect. 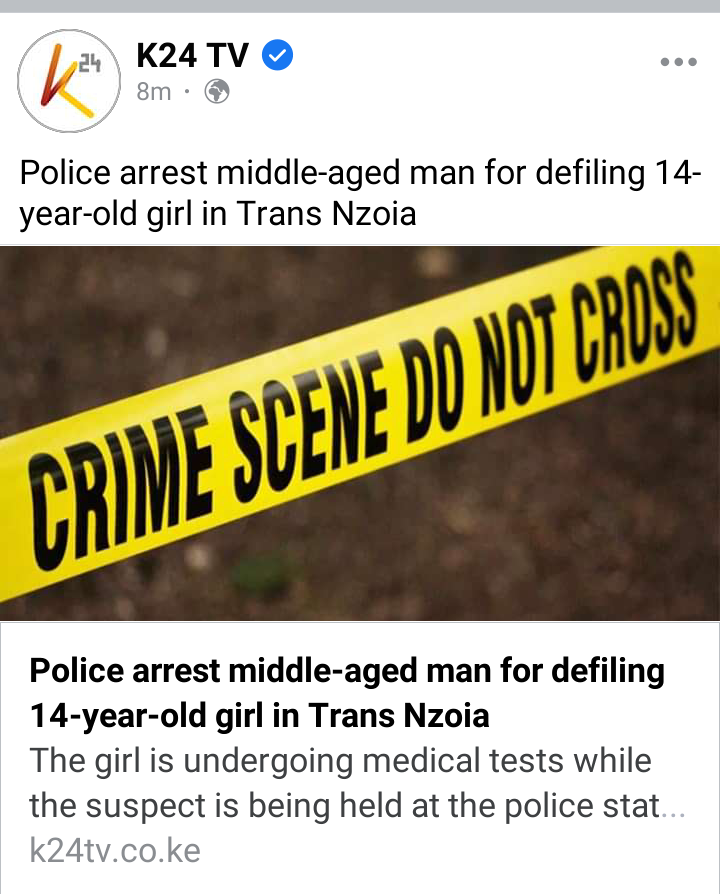 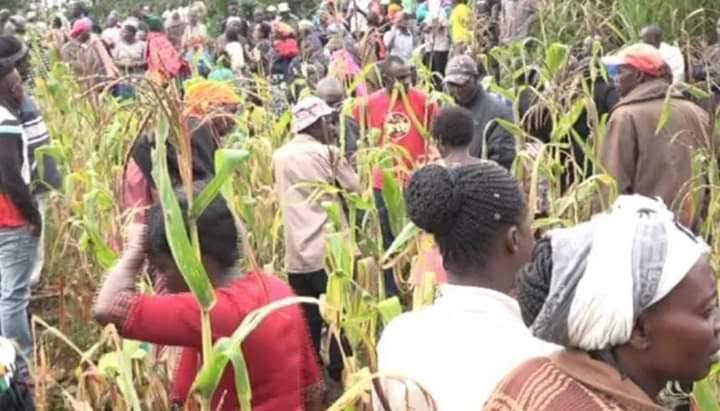 More Than A Woman, Photos Of Rachel Ruto That Portray Her Outstanding Character Of Humble Homemaker

Karangu Muraya Says Dennis Mutara Has Recovered, to Host a Thanksgiving Service on His Online Show

The Only African Country That Jesus Visited And Stayed For 3 Years, According to The Bible

Size 8 Elicits Reactions Online After Doing This To Her Kids.

BREAKING: Christian Eriksen Has Been Discharged